Prime Minister of Russia Dmitry Medvedev said that he expects a favourable solution to the fate of the main financial document. Revenues in the draft budget for next year is planned at the level of 13,738 trillion rubles, expenses – 16,098 trillion rubles. 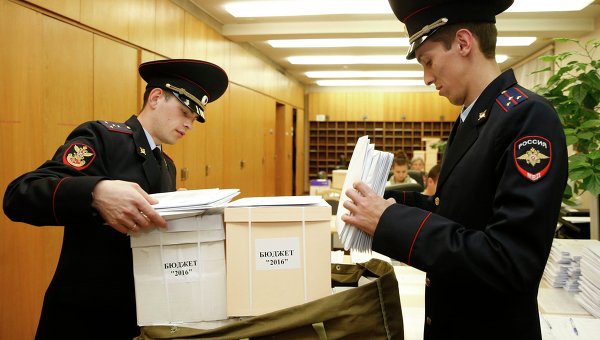 MOSCOW, 13 Nov. The state Duma on Friday, November 13, will consider in the first reading the draft Federal budget for 2016 is a three-year period.

Prime Minister Dmitry Medvedev earlier said that he expects favorable consideration of the document in the state Duma, despite the fact that it will take place in such a “dangerous day”.

In addition to the draft Federal budget for 2016, the state Duma will consider projects of budgets of off-budget funds of the mandatory medical insurance Fund, social insurance Fund and pension Fund and other revenue generating projects laws tax and social nature.

At the last Wednesday meeting of the Committee of the lower house of Parliament on the budget and taxes main budget of the country was supported only by United Russia. Representatives of all opposition factions (CPRF, LDPR and “Fair Russia”) spoke out against and encouraged the government to finalize the document.

The Reserve Fund is expected to 5,507 trillion rubles. In addition, the document envisages the allocation of budget funds for the creation of Fund of support of branches of economy in the amount of up to 150 billion rubles.

The volume of domestic borrowing should not, in 2016 to exceed 300 billion roubles, foreign borrowings of $ 3 billion.

Consideration of the document in the second reading is scheduled December 2 at the third and final reading on 4 December.