The weight of a batch of approximately 120 thousand tons. Kuzbasa of the coal comes by railway to the station of Khasan on the border with North Korea, then will proceed to the North Korean port of Najin (Rason), and from there by sea will be delivered to South Korea. 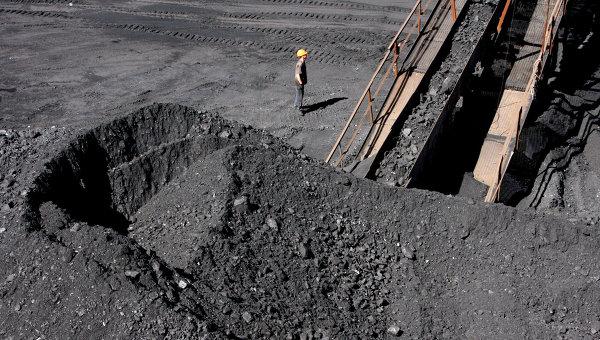 TOKYO, 13 Nov. Ivan Zakharchenko. The third batch of coal from Russia will be delivered to South Korea through North Korea from 17 to 30 November, said Friday the South Korean Ministry of national unification.

Transportation of coal from South Korea will deal with the company POSCO, Korail and Hyundai Merchant Marine. About 120 thousand tons of coal of Kuzbas comes by railway to the station of Khasan on the border with North Korea, heading further to the North Korean port of Najin (Rason), and from there by sea will be delivered to South Korea.

In addition to coal from Nagina to South Korea will send 10 containers of mineral water from China.

“For inspection by a delegation of 20 people from our side, three industrial companies and the government are going North (Korea), and with representatives of the Russian railway company will jointly visit from 17 to 20 November economic zone “Rajin-Sonbon”, — quotes the South Korean Agency Renhap of a word of not named employee of the Ministry of national reunification.

Special trade-economic zone “Rajin-Sonbon” is located near the border of Russia and North Korea on the Japan sea coast.

North Korea and South Korea officially does not recognise legality of existence each other, keep the military-political confrontation, but the economic benefit makes it possible the implementation of some projects.

Three South Korean companies engaged in the project “Najin-Hassan” cooperate with the joint venture “Rasonkontrans”, which is established with the participation of OJSC “Trading house RZD” and port Najin in the DPRK for a period of 49 years.

The first two shipments of coal from Russia to South Korea via North Korea were delivered respectively in November last year and April 2015.

As previously reported, this way of cargo transportation from Russia to South Korea would save 10-15% of the time and fuel costs compared with direct delivery route from Vladivostok.

In Seoul say that South Korea’s participation in the project of cargo transportation from Russia through North Korea responds to the idea South Korean President Park Geun-Hye on the single Eurasian space, connected by Railways.