Whether during the meeting of Russian President Vladimir Putin and Director of the IMF Christine Lagarde discussed the issue of Ukraine’s debt to Russia, the President’s press Secretary Dmitry Peskov did not specify. 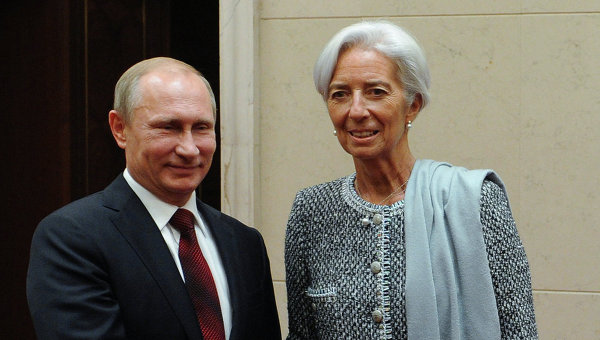 MOSCOW, 13 Nov. The President of Russia Vladimir Putin during the G20 summit in Turkey will hold a meeting with the Director of the International monetary Fund, Christine Lagarde, said Friday the President’s press Secretary Dmitry Peskov.

“With Lagarde meeting is planned,” — Peskov said, answering the question whether the meeting of Putin and Lagarde during the G20 summit.

Will there be at the meeting to discuss the issue of Ukraine’s debt to Russia, he said.