The cause of the protests was a new caricature of the French edition of Charlie Hebdo occurred on the crash of Russian airplane in Egypt, said the coordinator of the Moscow city branch of party Boris Chernyshov. 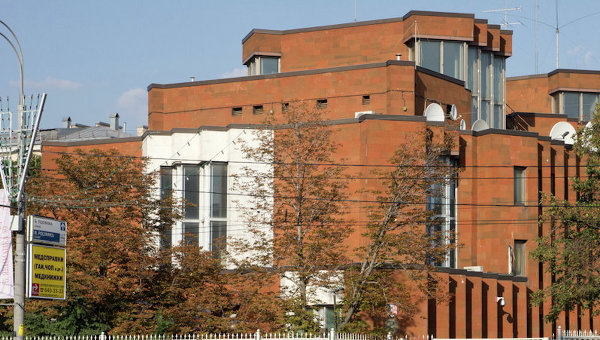 “We started the campaign. According to the law, agreed with the authorities procedure, we could not bring more than 15 people. These 15 people there, but what most attracts us and delights that about 20 more people — it’s just compassionate, they are our party members, members of the liberal democratic party, who came to support this event today,” said Chernyshov.

According to him, the demonstrators are holding posters with the slogan “I Sharlee”, “Cynicism in Russia do not forgive” and “New friends of terrorists?” “We’re holding our posters and cartoons and just a few minutes we will give these cartoons the Embassy as a protest about the cartoons, which publishes the French magazine Charlie Hebdo,” said Chernyshov.

The asset of the Moscow city branch of LDPR intends to demand from the representatives of the French Embassy explanation “cynical mockery of journalists over dead people and their loved ones.”