To achieve exemplary results in the cleaning Simferopol need time, said the head of the city administration Gennady Bakharev, commenting on the resignation of the chief of Department of municipal economy Oleg Salicina. 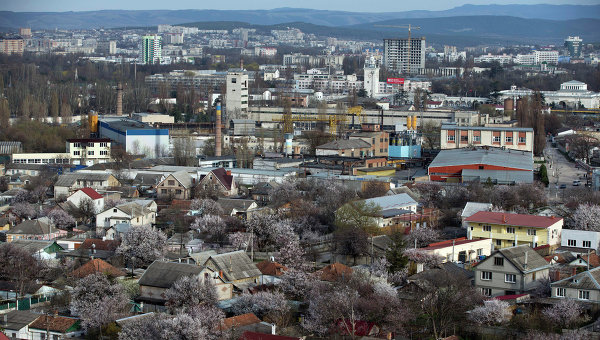 SIMFEROPOL, 13 Nov. The head of administration of Simferopol Gennady Bakharev dismissed the chief of Department of municipal economy Oleg Salicina responsible for the cleanliness of the city.

Earlier, the head of the Crimea Sergey Aksenov has criticized the sanitary condition of Simferopol, after the word “squalor”, and recommended that Bakharev to personally oversee the cleaning of garbage at night.

“Mr. Salcin today, I fired. I have signed a resolution. A man does not keep his word, unfortunately. The head of the Republic supported, now will be the selection of a new leader,” said Bakharev journalists. He stressed that over the past year in the capital have had four head of the Department of municipal economy for the same reasons.

Bakharev assured that the situation with the cleanliness of the city is changing for the better: waste is taken out 40% more than last year, for violation of the rules of waste disposal imposed fines. However, to achieve exemplary results, according to the head of the administration, it takes time.

“Cleanest city I saw in Russia is Belgorod. It took them seven years, but we have no time”, — said the head of the administration.

In addition, Bakharev believes that the responsibility for the cleanliness of the capital, in addition to the authorities, should also be themselves citizens, including organised to go out on Saturdays. “We constantly urge to go on Saturdays, but people come out very rarely, these are isolated cases,” he admitted.