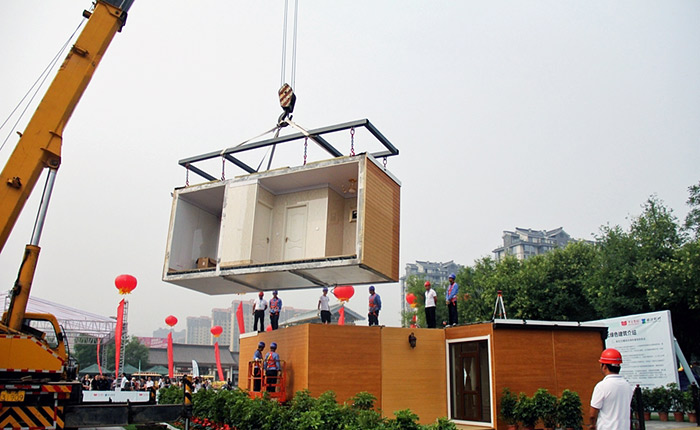 Moscow. November 13. Chinese tycoon Yang Josu, head of Zhuoda Group, promises to shareholders profit up to 30% of annual sales to Russian customers houses, printed on 3D-printer. However, local media and investors have any doubts about the legality of the funding and viability of this scheme, writes the Financial Times.

Last week the company Zhuoda New Materials Technology, part of the Zhuoda group, has attracted funds of more than 400 thousand investors from Hebei province in Northern China, selling them complex financial instruments. Yang Joshu argues that the profit on the invested for a period of four years the money can be from 20% to 30% per year.

In confirmation of the words of Yang Joshu published scanned fragments of the contract with the Russian side, which he claims, can bring at least 600 billion yuan ($94 billion) of revenues a year.

While Watching a news website partially owned by Alibaba Group, released data of China customs, under which all the trade volume between China with Russia less than those amounts, Zhuoda supposedly a alone.

Various financial schemes and frauds are flourishing in China in recent years, as investors seek an alternative to low-yielding Bank deposits, peregretogo the housing market and excessively volatile stock market, notes the FT.

“Who says that my business needs to be more than data on Chinese trade? My business is answering the call of the Secretary General (President XI Jinping) to access the Russian market, says Yang Joshu. – If you are against, you are against the support construction in Russia”.

He argues that Zhuoda is printing houses on a 3D printer using a synthetic wood and bamboo. Zhuoda available estimates the volume of orders received both in China and beyond, a 2 trillion yuan, the market capacity of similar homes to 15 trillion yuan.

“I could do nothing because I have no money. But I want to work, want to develop our authentic Chinese industry, so you have to attract financing, said Yang Joshu in his address to investors. – Enough talking about money – not important 10 billion or 100 billion yuan, will I be able to get them back”.

According to Yang Joshu, the profitability of three-dimensional printing of houses is 33% and this is enough to service expensive loans, or obligations to investors.

According to Watching, the authorities in Hebei province are investigating the process of fundraising company Zhuoda New Materials Technology. On request FT relevant departments did not respond.

After the publication of the material in Watching the Beijing office of publications profit of about 60 employees Zhuoda who tried to intimidate journalists. After 12 hours the siege of the police persuaded them to leave the building.