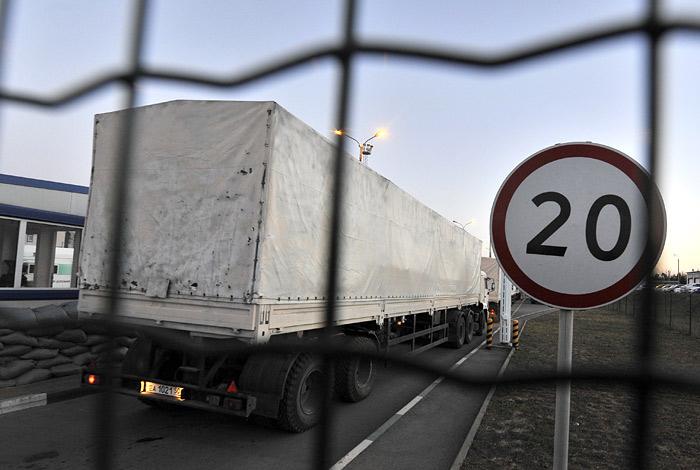 Moscow. November 13. EU urges Russia not to enter the food embargo against Ukraine in connection with the entry into force on 1 January 2016, the economic part of the Association agreement between Ukraine and the European Union, said the European Commissioner for trade Cecilia malmström.

According to her, the EU is doing everything possible to avoid negative consequences, such as food embargo to Ukraine after January 1, 2016, and regularly performs with the Russian side meetings to discuss the entry into force of the economic part of the Association.

“Our conditions during these meetings – so that no embargo has not been entered”, – the Commissioner said to journalists on Friday in Kiev. She added that I’m not sure that Russia will not impose such sanctions.

Malmström added that the European Union is not considering the question of increasing quotas for supply of Ukrainian food. She recalled that the EU has already increased Ukraine’s quota for supplies of pork, beef and poultry, but these quotas have not been chosen entirely because of the inconsistencies of Ukrainian products to the sanitary requirements of the European Union.

European Commissioner for trade said that he plans to discuss the question of raising the sanitary standards for agricultural products the Ukrainian Minister of agrarian policy of Ukraine in the framework of his visit to Kiev.

Russia repeatedly insisted on the need to postpone the entry into force of the free trade zone Ukraine-EU. The Minister of economic development of Russia Alexei Ulyukayev said that the food embargo of the Russian Federation against Ukraine will come into force on 1 January 2016 in the case if Moscow fails to reach an agreement with its partners on the Annex to the agreement on free trade area EU-Ukraine, to eliminate the risks of the Russian side.

Prime Minister Dmitry Medvedev recently reminded Ukraine and Moldova about the impossibility to participate simultaneously in two zones of free trade with the EU and the CIS.

German Chancellor Angela Merkel on October 23, stated that the European Commission will help Ukraine in talks with Russia on the settlement of disputes in the field of trade.

The Ministry of economic development and trade of Ukraine has calculated that, with effect from 1 January 2016 the Russian embargo on import of Ukrainian selskohozproduktsii and food will lead to reduction of Ukrainian exports by about $140-205 million, and the introduction of customs tariffs on Ukrainian products – to a decrease of $167-239 million