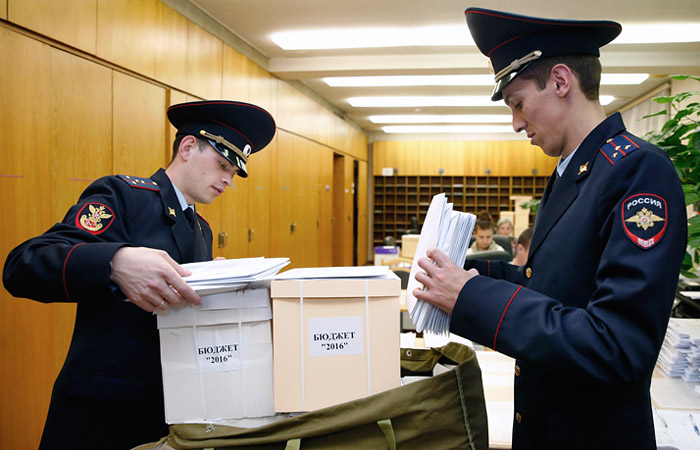 Moscow. November 13. The state Duma meeting on Friday adopted in first reading the draft Federal budget for 2016. For the bill voted 239 deputies, against – 151 deputies, abstentions were not.

“Next year we begin to depend less on oil revenues. I would like to say that oil and gas revenues will amount to 7.7% and non-oil revenues and 9.8% of GDP. So we see that the income from the economy that are not related to market conditions in the global markets, begin to prevail in our income,” he said during the budget discussions, Finance Minister Anton Siluanov.

The draft law on the Federal budget also includes a return mechanism in the budget of unused balances of budget subsidies directed to the state Corporation. In addition, the document contains a provision on Treasury support government contracts territorial bodies of the Federal Treasury.

“Next year we plan to take on Treasury support all costs associated with the investment expenses, in the amount of 100 million rubles. They will all pass through the Treasury system, will be tracked from the point of view of control over execution of these funds on the one hand, and on the other hand these funds will be in the budget system and will not be used, as today it happens often, in the form of advances on accounts of commercial banks”, – said Siluanov.

“Before April 1, we will transfer to the Treasury all the expenses that were made to the Charter capital and funds of our companies, which are not spent up to the present time, and until July 1 to decide whether we need this money for these companies or we can pick them up in the Federal budget,” the Minister added.

In September, the state Duma adopted the law on the development and adoption of the Federal budget for the next three years, and only one, 2016. In addition, in 2016, will not move a fiscal rule.

It is assumed that in the second reading the state Duma will consider the draft law “On Federal budget for 2016” December 2, in the third reading on 4th of December.

In the decree of the state Duma on the adoption of the budget it is noted that in the preparation of the bill for the second reading, the government and the state Duma Committee on budget and taxes will consider the increase from 140 billion to 310 billion rubles of budget loans to regions. In addition, for the second reading it is necessary to raise the issue of redistribution of budget allocations for Federal targeted investment programme (FAIP), including the direction of priority investment in facilities with a high degree of preparedness for commissioning, according to the ruling.