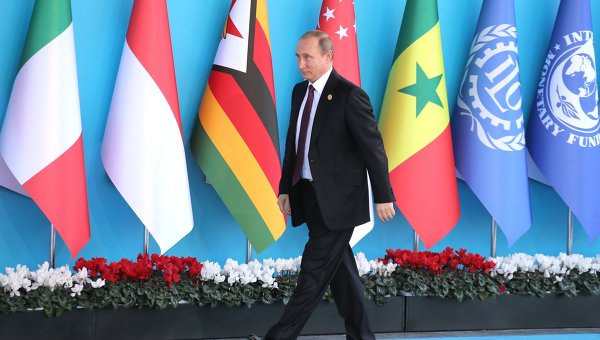 ANTALYA, 15 Nov. Russian leader Vladimir Putin has told his colleagues on “the Big twenty” about the threats to global economic growth, including in the context of the terrorist attacks in France.

“President Putin says about the risks for the growth prospects of the global economy, including in light of the recent Paris terrorist attacks,” he wrote on Twitter the Russian Sherpa Svetlana Lukash and posted a photo from the meeting.

Friday night in Paris there was a series of terrorist attacks. Unknown opened fire at one of the restaurants, three explosions were heard in the vicinity of the stadium “Stade de France”, where was held a friendly match the football teams of France and Germany, which was attended by French President Francois Hollande. In addition, at a rock concert at the “Bataclan”, the unknown took hostages. According to the latest data, has killed 129 people.