The restriction of supply of electricity connected with a debt of one billion rubles. It is noted that the energy industry has repeatedly tried to solve the problem of debts by negotiations and not imposed the sanctions provided by law. 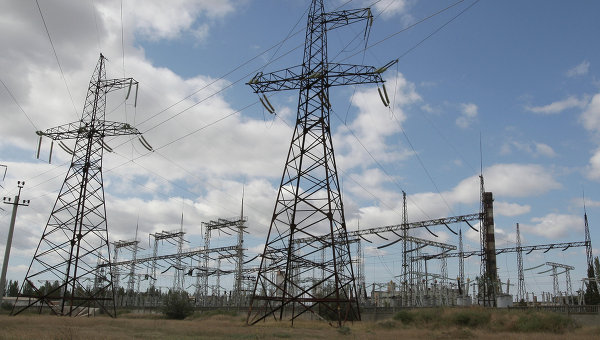 KHABAROVSK, 16 Nov. Far Eastern energy company (DEK, included in the holding JSC “RAO ES of East”) plans from November 19 to restrict the supply of electricity on objects of the Ministry of defence in the Khabarovsk territory and the Amur region from-for debts of 1 billion rubles, according to JSC “DEK” on Monday.

“The power company filed a notice on the restriction of supply of electricity JSC “Oboronprom” in Khabarovsk territory and the Amur region from-for a debt of 1 billion rubles. The company is a reseller, which is the electricity supplier for the needs of defense of the Russian Federation continues to violate the obligation to pay to energy. If the debt is not extinguished, on November 19, the company will be restricted in relation to Armoured repair plant, Central car repair plant, and other facilities,” — said in information.

It is noted that the energy industry has repeatedly tried to solve the problem of debts by negotiations and not imposed the sanctions provided by law. Limit, scheduled for August 2015, was canceled in connection with the reached agreement with the Ministry of defence of the Russian Federation and a partial repayment of debt.

It is also reported that “Oboronprom” has accumulated a critical amount of debt to PAO “the contest” from March 2015. In this regard, power was sent to the head of the defense Ministry of the Russian Federation the letter with the request to pay attention to the situation with non-payments.

On the initiative of the Ministry of energy of the Russian Federation, a meeting was held which focuses on the debts of the JSC “Oboronprom” before the electricity suppliers with representatives of both parties. However, no response from the company-the debtor was not followed, and the funds for the supplied electricity at the expense of power engineers in full has not been received.