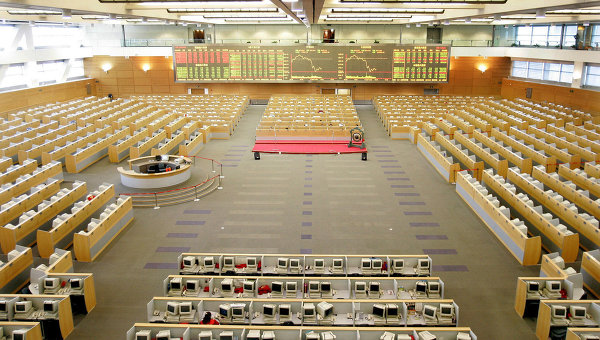 MOSCOW, 16 Nov. Stock markets in the Asia-Pacific region (APR) finished trading Monday mostly lower after Friday’s series of bombings in Paris that led investors to focus more on safe assets, but also against the background of weak statistical data of Japan’s GDP, according to the results of the auction.

Players in China have increased activity in anticipation of new restrictions on the transactions of purchase of shares with borrowed money — up to 100% from 50%, which will come into operation on 23 November, the representatives of the exchanges said on Friday. According to these rules, to buy shares investors can take only an amount equal to that contained in their investment accounts. Now they can take twice as much.

The markets are influenced by news about the series of terrorist attacks that occurred on Friday evening in Paris and claimed, according to the latest data, the lives of 129 people. These events increased uncertainty and contributed to the fact that investors are trying to protect their assets.

“I can’t think of a better word than “uncertainty” to describe the current impact of the terrorist attacks on the economy”, — commented on the situation for the Agency MarketWatch strategist for stock market UBS Securities, Tomohiro Okawa (Okawa Tomohiro).