Chinese companies show interest in the modernization of the port economy of Russia and intention to participate in the construction of new terminals. Currently, China Merchants Group is conducting negotiations on the project “Big port of Zarubino”. 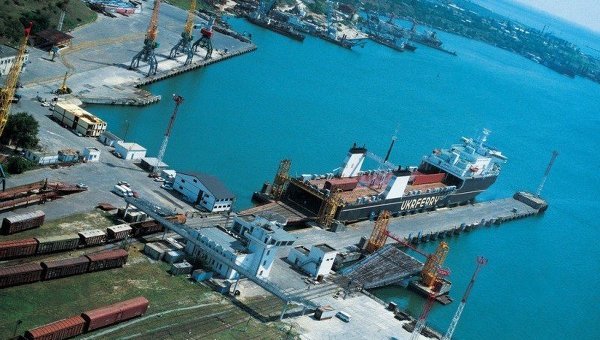 MOSCOW, 16 Nov. China Merchants Group is interested in joining the project “Big port Zarubino” and participates in the negotiations, said in an interview with Russia’s trade representative in China Alexei Gruzdev.

He said that Chinese companies show interest in the modernization of the port facilities of the Russian Federation, construction of new terminals. “I think that Chinese companies are willing to come in such projects, they have accumulated rich experience in the construction and operation of the organization. In China there are the largest ports in the world,” — said Gruzdev.

“Connecting Chinese companies to the construction of new port facilities and modernization of existing ones, in my opinion, a good fit in a basic postulate of the concept of economic belt silk road accessibility,” continued trade.

According to him, the efficient operation of port infrastructure, efficient cargo handling, forming the basis of modern ports, new transport corridors will also contribute to the simplification of mutual trade.

“We are now negotiating on “Big port of Zarubino”. There are specific Chinese companies that are interested in this project. One of the companies is a known carrier of China China Merchants Group. The company has substantial competence, including in the sphere of port infrastructure,” — said Gruzdev.

“Big port Zarubino” turnover of 60 million tons per year will be built in Trinity Bay in the Khasansky district of Primorsky Krai. The port will include grain, container terminals and General cargo terminal.

The full version of the interview is available on the website ria.ru at 13.00 GMT.