Earlier it became known that Russian senators are going to a meeting on Wednesday to accept the appeal to the parliaments of the world to join efforts to combat terrorism. 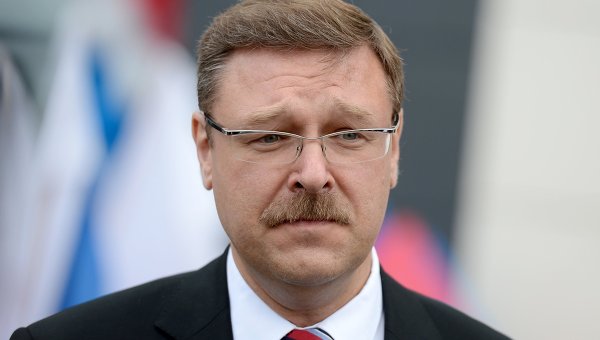 MOSCOW, 16 Nov. Russian legislation and law enforcement practice in the fight against terrorism are sufficient and effective and do not require additional rapid response on the part of Parliament, said the head of the international Committee of the Federation Council Konstantin Kosachev to journalists on Monday.

The senators intend on meeting Wednesday to accept the appeal to the parliaments of the world to join efforts to combat terrorism.

“Legislative support for, and enforcement (counter-terrorism) in Russia is sufficient and effective and do not require additional operational response by the Federal Assembly”, — said Kosachev.

According to him, the previous decisions in this area have proven effective, as evidenced by statistics on terror — it is of a progressive nature.

“In terms of interoperability with other States, reserves are more than enough”, — said the head of the Committee.

He stressed that a number of States artificially politicize these issues, there are additional obstacles contrived plan associated with political differences. According to the Senator, such barriers reduce the efficiency and collaboration “and create conditions for further development of programs and terrorist organizations”.

Therefore, in his address to the parliaments of the world to unite efforts against the global threat of terrorism, the senators intend to focus on the broader and deeper international cooperation, he said.

“Role of the national parliaments to improve national legislation and pressure on the Executive authorities, to enable them to overcome political differences and to go full-scale operation to counter the terrorist threat,” said Kosachev.