The agreement on the Western route in the first half of 2016 will be a good result, said the head of Ministry Alexander Novak. 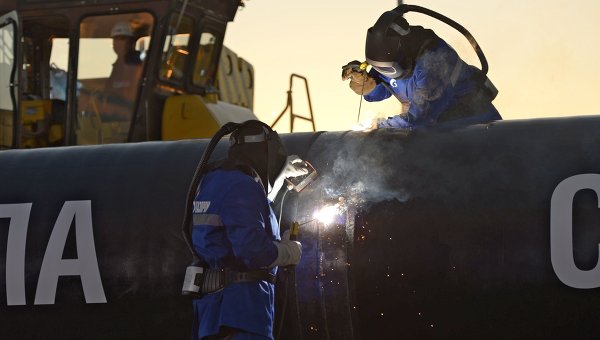 ANTALYA (Turkey), 16 Nov. By energy Minister Alexander Novak believes the main reason for the slowdown of the negotiations on the Western route of gas supplies to China the slowdown in China’s economy.

“We, on our part, I can tell you are interested in an early agreement, but it is not an easy process, given that it is superimposed now, you see, the slowdown of economy in China. I understand that this is a key point, which is this for the Chinese side the issue of the final decision. Will wait for further negotiations,” said Novak journalists.

He noted that the agreement on the Western route in the first half of 2016 will be a good result. But a specific date is difficult to determine. “It’s always a negotiation process, which can pass quickly, and maybe a long walk”, — said the head of the Ministry of energy of the Russian Federation.

The Western route stipulates the delivery of gas to China from fields in Western Siberia in the amount of 30 billion cubic meters per year in the first phase. In may 2015, Gazprom and CNPC signed an agreement on the basic conditions of pipeline deliveries of natural gas from Russia to China along this route, which was named “Power of Siberia-2”.

Currently Gazprom has already started the construction of the gas pipeline “Power of Siberia” for gas transportation to China via the Eastern route with a capacity of 38 billion cubic meters of gas per year.