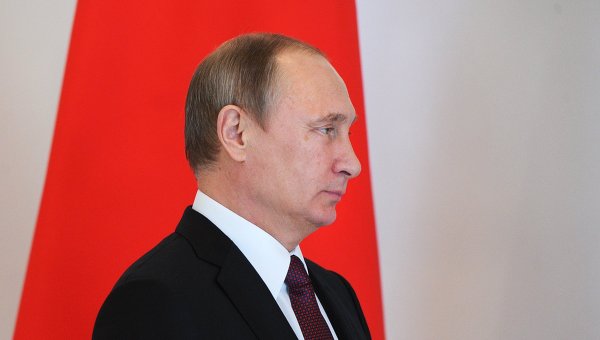 ANTALYA, 16 Nov. The Russian President Vladimir Putin on Monday on the sidelines of the summit “twenty” in Turkey during the bilateral meetings with the Prime Minister of great Britain David Cameron, Prime Minister of Italy Matteo Renzi and the king of Saudi Arabia Salman bin Abdulaziz al Saud to discuss the issues of bilateral cooperation and international issues, including the situation in Syria.

According to the Kremlin, the signing of documents on bilateral contacts of the Russian head of state is not assumed.

A meeting of leaders takes place after a series of terrorist attacks in Paris, the victims of which, according to the latest data, steel 132 people. France announced three days of mourning, President Francois Hollande has cancelled his visit to Turkey.

The Russian leader arrived in Turkey on Sunday in Antalya, where he participated in the meetings of the summit held an informal meeting of leaders of the BRICS countries and bilateral talks with Chinese President XI Jinping, German Chancellor Angela Merkel, head of the IMF Christine Lagarde and President of Turkey Tayyip Erdogan, Japanese Prime Minister Shinzo Abe.

On the sidelines of the summit before the photographing of the participants of the forum, the leaders of Russia and the US shook hands and on his feet, exchanged a few words. In addition, Putin and Obama held a 20-minute communication after an informal meeting of leaders of the BRICS countries.

Putin and Cameron, according to Russian presidential aide Yuri Ushakov, will discuss “issues of further development of dialogue, the prospects of trade and economic cooperation between the two countries.” Putin met with Cameron in November last year at the G20 summit in Brisbane, this year had a couple of calls. “At the end of the year slightly contacts have intensified,” — said Ushakov.

According to him, Moscow expects the exchange of views on issues on the international agenda, in particular on the Syrian conflict and the situation in Ukraine.

He added that the decision of the Ukrainian crisis in Moscow and London there is a shared understanding that only through a political dialogue with the aim of finding a compromise to solve the problem.

In the Kremlin stated that the priority for both countries is early cessation of violence and elimination of units of the terrorist group ISIS in Syria.

From September 30 to Russia at the request of the President of Syria Bashar al-Assad began to apply airstrikes against the “Islamic state” and “dzhebhat EN-Nusra” on the territory of this country. During this time, aerospace forces committed approximately 1.9 thousand sorties, destroying several hundred fighters and about 3 thousand objects of terrorists.

MEETING WITH THE KING

In the Kremlin also said that the king of Saudi Arabia Salman bin Abdulaziz al Saud will also discuss the situation in Syria and the upcoming visit of the monarch in Russia.

“Our President several times spoke with king by phone, we will now hold an official meeting. Will discuss bilateral issues,” said Ushakov.

In October Putin met with defence Minister of Saudi Arabia Muhammad Ibn Salman al-Saud to discuss bilateral cooperation, including military technical cooperation and international issues with a focus on Syria.

The decrease in turnover in the current year due to unfavourable global economic environment. In Russian exports to Saudi Arabia are dominated by agricultural products, fertilizers, primary production of metal, in imports — products of the petrochemical industry.