A ban on visits to EU countries, representatives of national communities of Crimea leads to a situation when people do not have the opportunity to visit their homeland, said the permanent representative of the Republic of Crimea under the Russian President Georgi Muradov. 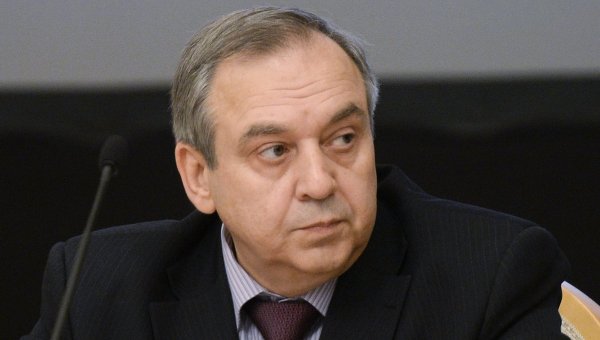 SIMFEROPOL, 16 Nov. A ban on visits to EU countries, representatives of national communities of Crimea violates human rights and leads to a situation when people do not have the opportunity to visit their homeland. This was stated by Vice Prime Minister of the Republic, the permanent representative of the Republic of Crimea under the Russian President Georgi Muradov at the international conference on interethnic relations.

Russia’s envoy to the EU Vladimir Chizhov earlier said the situation with the failure to issue Schengen visas to Crimeans collective punishment of a group of people for their expression of will, which is contrary to all principles of international law.

“You know that those countries that have declared sanctions against Russia and the Crimea, declared that the citizens of Crimea do not receive a visa to EU countries. Among us are representatives of the Crimean communities such as Greek, German, Bulgarian, Jewish and many others who virtually have a ban on visiting countries that are home to many of the peoples of Crimea. This is unacceptable,” said Muradov.

Essentially, said Deputy Prime Minister, representatives of national communities of Crimea reported about the prohibition to visit their historical Motherland.

“We put together this conference to protest against such actions. To cut off part of their nation to the EU is not stuck — it violates the international and European Convention on human rights,” said Muradov.

Unacceptable situation in this and other areas of human rights against the Crimeans, according to Muradova, connected with the embargo policy in the information field around the Peninsula, and the campaign of slander about the situation in Crimea. Muradov noted that one of the goals of the conference is the Association of public diplomacy that will help to tell about the real situation on the Peninsula.