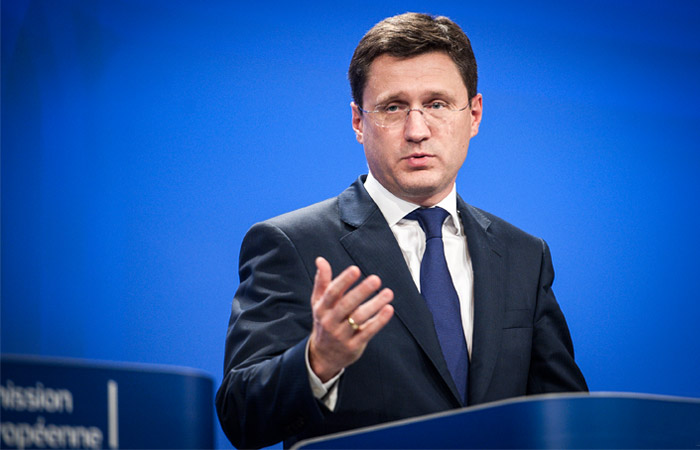 Moscow. November 16. In the oil market there is a reduction of the imbalance of supply and demand, excess supply will be eliminated in the second half of 2016, told reporters energy Minister Alexander Novak.

“What, in our opinion, is happening in the oil market? Now there is a gap, a gradual reduction of the imbalance between demand and supply. It was estimated somewhere, this imbalance of 1.5-2 million barrels per day at the beginning of falling prices”. he said.

“Today we see that already in the US somewhere in the 500 thousand barrels per day fell compared to April. In General there are other countries, which at low prices are reducing production,” continued the Minister.

At the same time, according to Novak, quickly reduced the imbalance can not be, so now prices are at a low level.

The Ministry of energy estimates, based on data of the majority of the experts of the oil industry, the imbalance between supply and demand should disappear in the second half of 2016. To this point must vanish the excess supply of oil that exceeds demand growth.

Oil prices in the medium term

According to Novak, the oil price in the medium term at $50-60 per barrel will reflect the balance of supply and demand. “Prices are difficult to predict, and, you know that there are so many different factors affect the price. I said earlier that the price in the medium term $50-60, in my opinion, will reflect a balance of supply and demand”, – he said.

The Minister added that there are more fundamental assessment. So, if the balance of supply and demand would turn in favor of the demand, the price of oil could skyrocket. “We do not exclude it, but I wouldn’t want to predict, it’s a thankless job” – said Novak, adding that it is better to focus on averages, which are incorporated, including, and in the budget.

Novak also said that OPEC is ready to consultations with Russia to assess the situation on the oil market. At the expert level there is the understanding that consultations would continue in mid-December. “We focus on mid-December. The signals were that there is a desire to hold such a meeting, but you need to carry out organizational work with all countries to agree,” said the Minister, adding that if the agreement is reached, Russia is ready to participate in such a meeting.

Novak believes that a consolidated position in OPEC to reduce oil production there, although there are several countries that offer such an approach.

Energy Minister also said that he expected investment in the Russian oil sector this year will increase to an expected 1 trillion 188 billion. This applies to vertically integrated companies in the oil sector.