Currently in talks on creation of free trade zone between the EEU and Egypt, many unresolved issues, also said trade representative of Russian Federation in Arab Republic Fedor Lukashin. 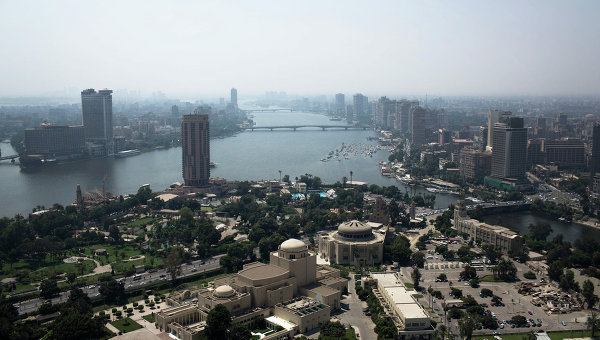 MOSCOW, 16 Nov. Member countries of the Eurasian economic Union (EEU) for 2016 will prepare conclusion on the draft of a free trade zone between the EEU and Egypt, said in an interview with trade representative of the Russian Federation in Egypt Fedor Lukashin.

“The first formal consultations were held on 17 and 18 September in Cairo. Egyptian partners has submitted a preliminary report, the parties signed the Protocol, and now the Eurasian party is preparing its opinion on the draft, which will then be submitted to the second meeting. This document requires coordination with all members of the EEU, and only after that date will be scheduled the second meeting. Most likely, it will happen in the next year,” said Lukashin.

“While we’re in the very beginning”, — said the trade representative.

As the trade representative explained, “both parties still have many questions to each other — starting with the procedure of anti-dumping investigations in the EEU and investment climate in Egypt”.

In this case we are talking about the creation of a free trade area between the EEC and Egypt, not Egypt in joining the EEU, as it was reported earlier, said the trade representative. The initiator of the project, he said, were made by the Egyptian side.

According to Lukashina, the creation of a free trade zone can be favorable for Russian companies: “Becoming a resident in Egypt, they will receive a certificate of Egyptian origin of their products, opening up additional markets,” says the trade representative.

He noted that Egypt has “very good experience” for the opening of such zones with the African countries, with Latin America and southern Europe, as well as with the United States and Israel. “In addition, until the end of 2017, Egypt will enter in the so-called Tripartite African free trade zone that will unite 28 countries is 65% of the GDP of all Africa and 55% of the population of the continent,” added Rustamyan.

In June at the St. Petersburg international economic forum (SPIEF), the former Minister of trade and industry Mounir Fakhry Abdel Nour announced his intention to discuss with the head of Board of the Eurasian economic Commission (EEC) Victor Khristenko the question of accession of Egypt to the EEU. In November, the Minister of trade and industry of Egypt Tarek Kabil stated that the possible “incorporation of Egypt in the EAEU” was discussed at a meeting with Russian Ambassador in Cairo Sergei Kirpichenko.

The full text of the interview is available on the website ria.ru>>