The airline “Victory” will continue the sale of tickets to Vienna and Bratislava during the week, said the official representative of the air carrier. 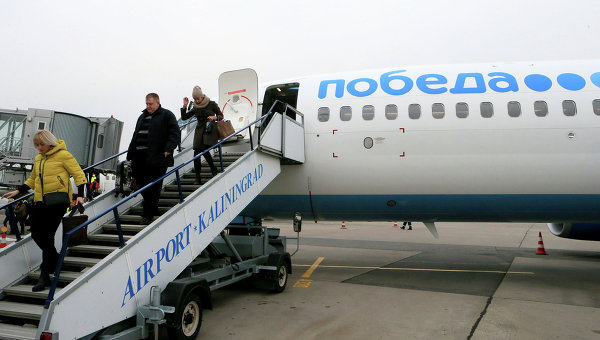 MOSCOW, 16 Nov. Low-cost subsidiary of Aeroflot — airline “Victory” has decided to extend the sale today and within a week of tickets to Vienna and Bratislava, has informed the official representative of the air carrier.

“From 1.00 am GMT Thursday only sold in Vienna and Bratislava about 7 thousand tickets. More than 40% of them for 999 rubles inclusive of taxes and charges. “Victory” has decided today (Sunday — ed.) and during the week to add tickets for 999 rubles”, — said the official representative of the airline.

The airline on Thursday opened the sale of tickets for its first international destinations in Bratislava and Vienna. In Vienna it is proposed to use the flights to Bratislava, then use bus route. Thus, the ticket price will be 1500 rubles one way.

“Victory” was founded on September 16 2014 instead fell under the EU sanctions “Dobrolet”. The first flight loukoster completed December 1, 2014 in Volgograd from the Moscow airport “Vnukovo”. By 2018, the carrier’s fleet will consist of nearly 40 aircraft.