The amendments assume a binding developer’s equity to the price of houses built on equity participation agreements, the establishment of a unified register of developers and the introduction of an alternative mechanism of ensuring the rights of interest holders. 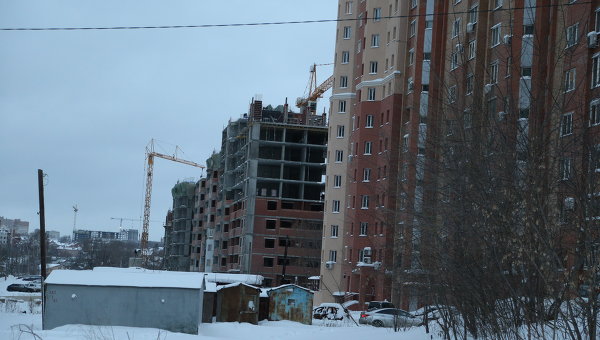 MOSCOW, Nov 17. Amendments to the Federal law on joint construction, which on Monday had been made to the government of the Russian Federation, will lead to leaching from the market of smaller players and an increase in the cost per square meter, according to experts interviewed.

The Ministry of construction of the Russian Federation on Monday submitted to the government amendments to the law on share building (214-FZ). They assume a binding developer’s equity to the price of houses built under contracts equity (DDU) and creating a single registry of developers and the introduction of an alternative mechanism of ensuring the rights of shareholders — allocation of funds participatory construction escrow accounts.

“A number of proposed government measures to protect the rights of shareholders, indeed overdue and will have a positive effect without any additional costs, such as maintenance of the unified register of builders. The proposed amendments increase the protection of the rights of shareholders, large and reliable company interested in them, they will be forced to leave the market by unscrupulous “pseudo-developers”, — said the commercial Director of “Kortros” Vasily Fetisov.

“The use of escrow accounts in real estate market allows to eliminate the risk of losing money, both the buyer and seller since the transfer of money is involved a third party — an escrow agent who transfers the money only if each party has fulfilled all contractual obligations. That is, if the transaction is for any reason breaks down, the account is closed and money returned to the buyer”, — the expert explains.

According to her, the main difference of this scheme is the transfer of money, for example, from a letter of credit is that the escrow agent can verify the actual use of the contractual obligations by contacting the appropriate authorities.

Changes in Federal law 214-FZ is aimed at improving transparency and market stability, protection of the rights of shareholders, according to President FSK “the Leader” Vladimir Voronin. But to implement them it is necessary very gently and slowly, so as not to “flatten” the market, as it was in 2005, when the introduction of Federal law 214-FZ raised the price of the apartment twice and “killed” 70% of small developers.

“Small developers will not be able to attract money and investors to build projects, respectively, the amount of supply in the market will decrease. This, in turn, may increase the cost per square meter”, — said the chief legal adviser of Est-a-Tet Vladimir Kushnarev.

Obviously, in this situation, developers will be more interesting to build a house and start to sell apartments are already at a high stage of readiness of the object, because to get these tools the developer will be able after the transfer of apartments to customers, continues Litinetskaya. And since the apartment will be sold ready or almost ready house, discounts at the stage of readiness, which at the initial stage of construction can reach 20-30%, wait not to have.

Vasily Fetisov predicts that the most radical proposals for the shifting of the burden of liability insurance by the PO on the sharer will lead to customer churn in favor of finished housing, customer scare off additional charges insurance companies a minimum of 1.5% of the contract value. “I can assume that many developers in conditions of heavy market will take this burden on yourself, and don’t be surprised if you see the action “Buy an apartment in the building, insurance of PO as a gift”, — said Fetisov.

The consolidation of the market

Experts also agree that the amendments in 214-FZ will lead to leaching from the market of small players.

“According to the bill, it is proposed to tighten the control over targeted use of funds received from the participants of shared construction. To date, the developer shall be entitled to reallocate funds within the same project. Even greater tightening will cause the developer can’t build the social infrastructure, roads and utilities. A number of construction companies may be in a quandary,” says Chairman of the Board of Directors of GC “Granel” Andrey Nazarov.

More than half of the companies will not be able to work under the new rules, agrees Voronin. “When they leave the market, will rise next wave of defrauded investors, the authorities will have to find a company that will complete the construction of these facilities,” he adds.

For those companies that will survive in the new environment, these changes in hand — competition is significantly reduced, continues Voronin. But overall for the market and for buyer’s tightening of the rules will lead to a significant reduction in construction volumes and higher prices, indicates the President of FGC “Leader”.

Andrei Nazarov is also concerned that additional administrative barriers that arise as a result of the proposed changes, can lead to return to the market of “gray” schemes of housing implementation.