In the list of so-called “prior actions” are measures that the Greek government must fulfil to obtain credit. 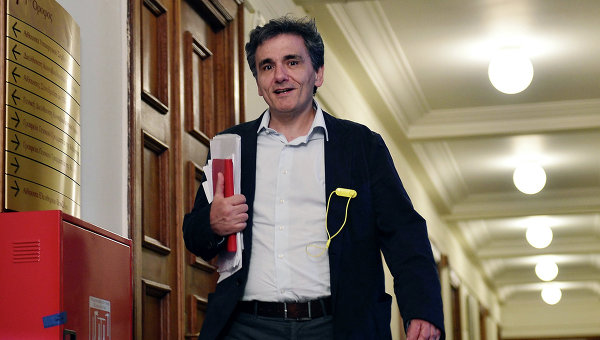 ATHENS, Nov 17. Gennady Melnik. The Greek government and the heads of mission of international lenders after several days of marathon negotiations came to the agreement that opens the way for disbursement of tranche of the loan of 2 billion euros and the allocation of 10 billion euros to recapitalize banks, according to Athens news Agency.

Another round of talks ended late at night.

“We have an agreement on all points, and 48 of the provisional measures”, — said the Minister of Finance Euclid Tsakalotos.

In the list of so-called “prior actions” are measures that the Greek government must fulfil to obtain credit.

It is expected that Tuesday would be tabled in Parliament on Thursday night voted on a bill with several measures, including protection from sale at auctions of a single housing debtors, the price of medicines-generics, payment overdue credits 100 fees, vehicle tax and VAT on some goods and services instead of a tax on private education, says the Agency.

Tuesday the agreement will be informed the working group of the Eurogroup, and on Friday it is expected a positive decision of the Eurogroup on the allocation of 2 billion euros.

According to representatives of the Ministry of Finance, the payment of 10 billion euros for Bank recapitalization is expected to be delayed since it is first necessary to close the bid book for bonds of banks in the framework of the capital increase and the final amount will vary depending on the needs of banks.

On Wednesday we will begin the discussion with the representatives of the creditors of the second package of prior actions necessary for the allocation of the tranche of 1 billion euros.