VLADIVOSTOK, November 17. /Corr. Marina Shatilova/. Company UTair beginning Tuesday, the regular passenger flights from Vladivostok to Moscow, replacing in this direction the company “Transaero”, informed the correspondent in Department of transport of administration of Primorski Krai. 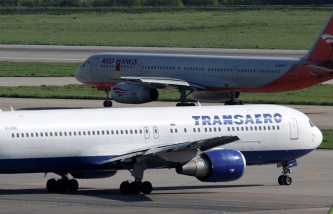 “Today at 11:10 local time (04:10 MSK) from Vladivostok to Vnukovo flew long-range widebody airliner Boeing 767-200 UTair company. The capacity of the aircraft is 249 seats”, – said the representative of the Department.

The new flight will be operated three times a week on Mondays, Wednesdays and Saturdays from Moscow (Vnukovo) and Tuesdays, Thursdays and Sundays from Vladivostok on the Boeing 767-200. The cost of the ticket in economy class will be 11,175 thousand rubles.

Company UTair was replaced on the route, Transaero, which carried out flights from Moscow to Vladivostok on a daily basis. After her departure, on the route of 2-3 flights a day served only “Aeroflot”.

The withdrawal of one of the carriers has led to a tense situation with tickets on the route. To resolve it “Aeroflot” has sent to the far East more spacious aircraft, loading is increased by 100 places.

“The load on the aircraft “Aeroflot” to Moscow is about 95%”, – told to the correspondent in a press-service of the Vladivostok airport.