The tourism sector is, of course, very important for Egypt, but we should not exaggerate its importance for the economy in General, said an expert on the economy of Egypt Ahmed an-Naggar. 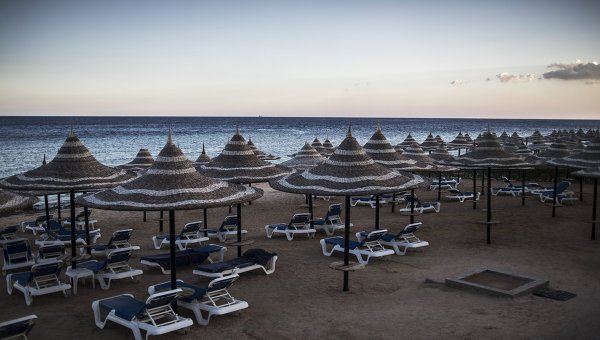 CAIRO, Nov 17. Margarita Kislova. Tourism sector of Egypt, which is seriously affected after the suspension of air links from the UK, Russia and several other European States after the disaster of the Russian A321 over the Sinai Peninsula, of course, very important for the Egyptian economy, but we should not exaggerate its importance. This opinion was expressed in an interview with RIA Novosti the Chairman of the Board of the publishing house one of the leading Egyptian newspaper “al Ahram”, an expert on the economy of Egypt Ahmed an-Naggar.

“The tourism sector is, of course, very important for Egypt, but we should not exaggerate its importance for the economy as a whole. Tourism receipts last year amounted to 7.5 billion U.S. dollars, while Egypt’s GDP reached 350 billion dollars,” he explained.

According to the expert, the country’s revenues in hard currency, including industrial exports, constitute about $ 28 billion, remittances of Egyptians working outside the country, reach $ 20 billion.

“Tourism is one of sectors of the economy, which gives foreign exchange earnings to the Treasury. Before the revolution in 2010, tourism revenue reached 11 to 12 billion dollars a year. $ 5.4 billion to bring the Suez canal,” said AG Nagar.

In this case, the expert stressed that “tourism is the most promising sector, the revenues of which could potentially be doubled if there will come a period of political stability and security”.

Moreover, according to him, not only in “real” life, but in view of all the world, because in real life, the situation in Egypt is much more stable and secure than it appeared in the foreign media. “People have the wrong idea about Egypt. For example, the crime rate in cities such as new York and Chicago at times exceeds the level of crime in any Egyptian city,” — said the head of the Council of the Board of “al-Ahram”.

EN-Nagad I am sure that in many ways the image of the “Egyptian threat” is deliberately inflated in the Western media. “With 2014 on the part of Western media, we are seeing attacks on the Egyptian economy and its tourism sector. Any incident is inflated, while in other countries such incidents are not in the media. The reason for this is the independent policy pursued by the leadership of Egypt in the international arena. Egypt is trying to diversify arms purchases, to achieve a balance in international relations. For example, the Egyptian President made visits to Russia and China, supported Russia’s position on Syria. It’s not all like that,” said the expert.

According to an-Carbon Deposit, to improve the situation in tourism of Egypt as soon as possible to find out and make public the causes of the crash A321. “As soon as possible to find out the causes of the crash, whatever they were, — techneology or a terrorist attack. Because the worst thing about our situation is the waiting, the unknown. They have a negative impact on tourism and the General mood. And according to the results of the investigation can be taken any concrete measures to remedy the situation,” he concludes.

The flights of Russian aircraft in Egypt were suspended on 6 November to find out the causes of the crash of the Russian airliner A321 over the Sinai. Later, the Federal air transport Agency sent a telegram banning from the November 14 flight EgyptAir in Russia. Previously about the suspension of flights of its airlines in Sharm El-Sheikh said the UK authorities.

According to a member of the Association of chambers of tourism of Egypt Husam ash-Shira, direct losses from the cancellation of booking of hotels on resorts of Egypt in the winter months due to a number of countries suspended flights to the country amount to 500 million dollars.

Before the disaster over Sinai Egypt expected by the end of 2015 to welcome about 10 million foreign tourists. At the end of August this figure was 6.6 million, a 5% increase over last year. The income from tourism by the end of 2015, it was projected at 7.5-8 billion dollars. In the first place by the number of visiting tourists Egypt is Russia, the second and third are great Britain and Germany, then Italy and France.