Minsk is counting on the loan in the range of $ 3 billion from the IMF. Proposals to Fund based on absolutely objective laws of the economy, said President of Belarus Alexander Lukashenko. 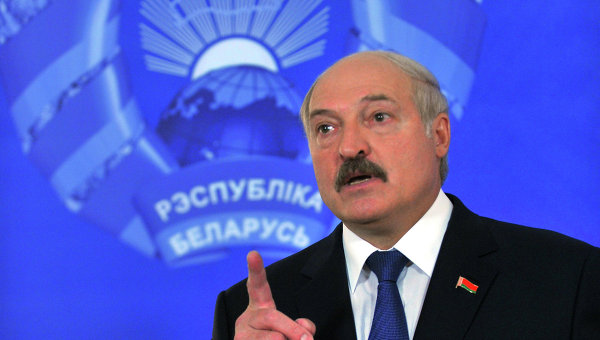 MINSK, 17 Nov. Nina Gurin. The proposals of the International monetary Fund (IMF) on prospects of relations with Belarus “do not cause rejection” in Minsk, said Tuesday the President of the Republic Alexander Lukashenko.

Expert mission of the Foundation is working in Belarus from 9 to 19 November. Experts discuss economic policies and reform options, determine whether a sufficient base for the joint three-year programme, which will be supported by the credit of the Fund. A possible program would involve the Minsk structural reforms. Minsk is counting on the credit in 3 billion dollars.

“I have to say that I have nothing that is proposed, there is no rejection, no allergies,” — said the head of state at a meeting with head of IMF mission in Belarus by Peter Dolman. Statements of the President leads on Tuesday, the state news Agency BelTA.

According to the President of Belarus, offers the Fund based on absolutely objective laws of the economy. Lukashenka explained that he knew the proposals of the IMF on the prospects of relations with Belarus and main points for the future programme.

“Formula one: receiving a service — pay for this service in full. Be it electricity, heat, transport service and so on,” — said Lukashenko, noting that “the issue is timing”. “I don’t think we will be a very big difference in understanding these terms and the terms in General. We also aim to ensure that the proposals that we have developed together with you, be realized in the shortest terms”, — said the Belarusian President.

However, he stressed that the Foundation like this or not, but Minsk would not “break the circuit of the welfare state, which developed”. “Just the sense that we can’t leave any child nor an old man, the disabled without the help of our state and society. In this sense, the social state,” Lukashenka said.

All the remaining proposals of the Fund, according to him, it is absolutely realizable in Belarus. “We are ready to continue working”, — said the head of state and expressed the wish that in the case of agreements was delayed.