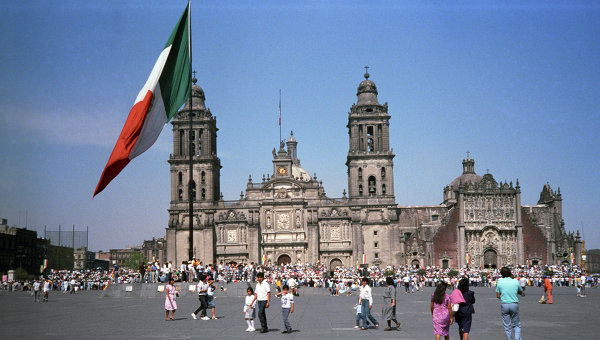 MOSCOW, Nov 17. Mexican energy Minister Pedro Joaquin Caldwell presented to the Executive Director of the International energy Agency (IEA) Fatih Birol the official letter about the interest of Mexico to membership in this organization, the report said the IEA.

“I’m glad that Mexico, a G20 member and an important producer and consumer of energy, has decided to make this serious step. This is a great opportunity for the IEA to strengthen the relationship with Mexico and opens the door for wider coverage of Latin America. This is a key step towards our goal of creating a global international organization in the energy sphere”, — noted the Director of the IEA.

“The IEA offers a forum for developing joint responses and international cooperation schemes, is needed to guarantee energy security, promote economic development and environmental sustainability worldwide,” said Caldwell. Mexican Minister is in Paris, where the week will take place the meeting of the IEA at Ministerial level. The two-day meeting will bring together 29 member countries and partner countries with which the IEA works closely, including Brazil, Chile, China, India, Indonesia, Morocco, South Africa and Thailand.

After the IEA governing Board will approve a formal request of Mexico, the organization will work closely with the country to implement all the conditions necessary for accession to the IEA.