MOSCOW, November 17. The head of the Duma Committee on international Affairs Alexei Pushkov sure that parliamentarians of Western countries will respond to the statement, in which Russian MPs call on colleagues to make every effort to create international anti-terrorist coalition.

On Monday, the deputies submitted to the state Duma a draft statement “About the need for immediate establishment of an international anti-terrorist coalition”.

“I think that this appeal will be a review in Europe, because many States were already deaf dissatisfaction with the fact that the U.S. refuses to act together with Russia. I think France should certainly respond, because it was the first and main victim of terrorist attacks by the IG at the moment”, – said Pushkov, commenting on the draft statement, expected on Tuesday will consider the state Duma. 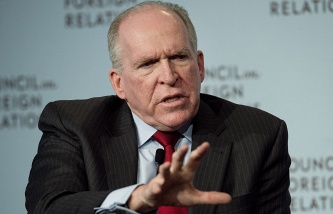 The CIA Director called for unprecedented cooperation to combat extremism

Hollande: France will increase the intensity of operations in Syria

Media: Egyptian security forces killed 24 militants in 70 km from the crash site of the Russian A321

The head of the Committee expressed confidence that “responds parliamentarians of many countries: Greece, Cyprus, and Italy, and Spain”.

“We expect that this will have a positive impact on the political and psychological atmosphere in political circles of Europe,” Pushkov said. He explained that Russian parliamentarians do not see it as their task to in response to the appeal in the state Duma received any counter calls from Western colleagues. “We expect that under the influence of events, facts, those arguments, which led Russia (we have long believed that the main threat that comes from the Middle East is the terrorist threat plan) – under the influence of the awareness of the validity of these arguments and in particular our treatment will be changes in political thinking in the European States, and this will pave the way for the agreements, which are so lacking for the joint fight against the Islamic state (is prohibited in the RF group). We’re waiting for a psychological and political breakthrough”, – said Pushkov.

The statement says that the state Duma appeal to parliamentarians in Europe, North America, Middle East, and other regions of the world to do everything to create international anti-terrorist coalition. Russian MPs shares the feelings of grief to the people of France in connection with the incident on Friday as “unprecedented in scale and cruelty of the attacks of the militants of the terrorist organization “Islamic state” in Paris”. Deputies say that the events in the French capital was preceded by attacks on the middle East and North Africa. “Hundreds of dead and injured only one month in Iraq, Syria, Egypt, Turkey, blood, and violence that flooded the streets of Beirut and Paris, the cause of sincere outrage and demand immediate action to curb the terror,” – said in the draft statement.