Only the awareness of the need for joint fight against terrorism on a global scale and the creation of a United anti-terrorist coalition can help solve those problems which stand today before the world community, according to President Vladimir Putin. 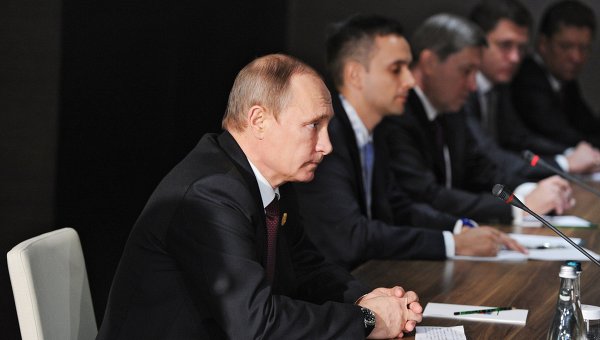 ANTALYA (Turkey), 16 Nov. The President of Russia Vladimir Putin believes that the creation of a United anti-terrorist coalition is not only possible, but necessary; according to him, the awareness of the need for joint fight against terrorism comes to us all at both the political level and on the level of intelligence.

“Certainly it’s (a broad coalition) is not only possible, but necessary,” Putin said to journalists following the results of summit G20.

He recalled that Russia had offered cooperation on antiheroism direction, but the U.S. in the first phase refused.

“They’re just in written form sent a note and it said: we decline your offer. But, really, life is developing very fast and often gives us lessons, and I think that now comes the realization that to effectively deal need only all together. We believe that this cooperation can be established at both the political level and on the level of intelligence that need to exchange information, helping each other and warning each other of danger”, — said Putin.