In the Tyumen region headquarters will be established for the exchange of experience in organizing public-private partnership (PPP) in the sphere of housing and communal services, whose recommendations will be considered at the Federal level, said the employee of the press service of the Governor. 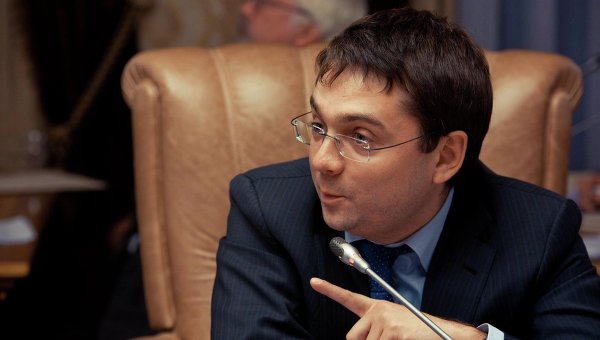 TYUMEN, 17 Nov. In the Tyumen region headquarters will be established for the exchange of experience in organizing public-private partnership (PPP) in the sphere of housing and communal services, whose recommendations will be considered at the Federal level, said the employee of the press service of the Governor.

The decision to establish the headquarters made based on the results of the meeting, which was held in Tyumen Deputy Minister of construction and housing utilities of the Russian Federation, main state housing inspector Andrew Chibis.

“In the Tyumen region has all the conditions for the arrival of private business in housing and communal services. At the meeting we decided that there will be formed a working group — the headquarters for the exchange of experience of PPPs in the utility sector, whose recommendations will take into account the climatic peculiarities of the Urals Federal district, which we will then consider at the Federal level,” he led the Agency’s interlocutor words of Andrei Lapwing.

The Governor of Tyumen region Vladimir Yakushev at the meeting cited examples of successful gosudarstvenno-private partnership in the housing sector, which helped to reduce budget financing of projects, thus raising the effectiveness of their implementation.

“Thanks to the implementation of the gasification program, developed in conjunction with the gas distribution organization of the Tyumen region, the length of gas pipelines was put into operation in 2015, eight times higher than those in 2013. In this budget funding for these purposes also decreased in eight times. This allowed the savings to direct provision of subsidies to citizens of preferential categories for the gasification of their residential premises,” — said the head of the region.

According to Yakusheva, currently in the field at the stage of active realization there is a concession agreement to construct four waste treatment plants. Private investment is 1.5 billion rubles, putting these enterprises into operation will allow to process up to 80 percent of municipal solid and industrial waste generated in the region.

“In the face of declining investment opportunities budgets at all levels a traditional limitation of growth of utility payments and, as a consequence, the restriction of growth of tariffs, at first sight, incompatible with the objective of high-quality supply of resources and the development of municipal infrastructure. Therefore, it is important to discuss the approaches with which we can find a balance of interests between consumers, energy suppliers and businesses,” the Governor said.