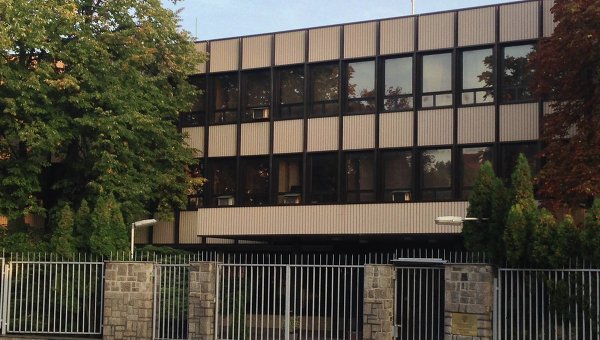 “The geopolitical situation and sanctions do not contribute to the strengthening of trade and economic relations between our countries. Now there is a certain decline in Russian-Czech trade turnover that does not suit any of the countries,” said Stupar.

Trade predicts that by the end of 2015 the Russian-Czech trade turnover could be reduced by 35-40%. “In fact, Russian exports largely decreased due to the fall in energy prices. About 75% of our export to Czech Republic is mineral fuel, so once dropped the oil price fell and the value of turnover,” explained Stupar.

“While physical volume of supplies of mineral fuels even increased slightly compared with the previous year”, — he stressed.

Meanwhile, Russia is purposefully working to diversify its exports to the Czech Republic to reduce the dependence of turnover from the supply of energy, said Stupar.

“It’s going perfectly: a few years ago the share of mineral raw materials in Russian exports to the Czech Republic reached 87% and today is now around 75%. At the same time, Russian supplies of machinery, equipment and vehicles are estimated at 5% of the value of exports,” — said the trade representative.

At the same time, Stupar said that some segments of the Czech export to Russia decreased considerably. “First and foremost, machine-building, machine tool building, high-tech products. Delivery of such products to Russia in the first nine months of this year fell by almost 50%,” — said the trade representative.

One of the reasons for the changing dynamics of trade turnover, according to Stupar, was the strengthening of the us dollar to the Russian ruble and the Czech crown. “In fact, the value of the Krona against the dollar in 2015 fell by 20-25%. With the kroon pegged to the Euro and is keeping the Czech national Bank at around 27 crowns for 1 Euro. So, if you count the turnover in dollars, he is reduced to 38-40%, and if you count in euros, on 23-25%,” — said the trade representative.

The decrease in the rate of the Russian ruble has a positive impact on Russian-Czech economic relations, said Stupar. “There is a silver lining. On the background of the depreciating ruble is becoming a very profitable opening production on the territory of the Russian Federation. Therefore, many Czech companies are now interested in localizing their production in Russia, and we have several such projects now under consideration, prepare, conclude preliminary contracts. I hope that in the beginning of 2016 they will be successfully implemented,” he said.

According to Alexander Averyanov, “all interested parties adapt to the new reality”: the Russian and Czech companies “plan contracts”, and financial institutions in the Czech Republic continue to Finance Czech exports to Russia, although in the beginning of the year “certain doubts among Czech banks and insurance companies have been”.

As an example of a similar project called trade credit agreement concluded in November between the Russian company PhosAgro, one of the leading global fertilizer producers, and the Czech unit of Unicredit Bank under the insurance coverage of the Czech state insurance company EGAP. The funds PhosAgro plans to invest in the construction in Cherepovets production of potash fertilizers, the equipment for which will be supplied by Czech engineering Corporation Chemoprojeсt Nitrogen.

The localization of production in the country is a priority of modern economic policy of Russia, said Deputy Prime Minister Arkady Dvorkovich during the signing of the agreement between the Company and Unicredit.