MANILA, November 18. Prime Minister of Russia Dmitry Medvedev gave the Philippines to the APEC summit sculpture “Bear” as a symbol of cooperation and partnership. 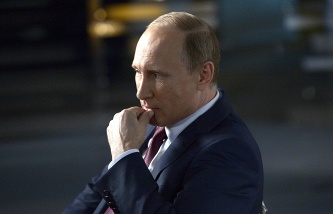 APEC: towards an open, equitable cooperation for development

Monumental sculpture Park made by Russian sculptor Vitali Shadowym, put in the place of honor in the Sculpture Garden of the APEC forum. This garden was created in Manila in honor of the fourth APEC summit in 1996, which was held in the Philippines. All artworks exhibited here, donated by the member countries of APEC, the subject is the various aspects of the agenda of the summit of 1996.

“Since the Russian Federation took part in the APEC summit in 1998, our country was not represented in the original composition of the Garden, explained in the Russian delegation. In this regard, in preparation for the summit in Manila 2015 Philippine side has addressed in Embassy of Russia in the Philippines a proposal to enhance an existing collection and give the gift of Russian sculpture in the Metropolitan Park of APEC”.

As a gift to the summit, Russia selected “the Bear”. It is made of patinated cast bronze, the weight of the composition is 530 kg.

In the framework of the APEC summit, the Prime Minister held talks with Philippine President Benigno Aquino.

In the beginning of the meeting, the Philippine leader expressed condolences to Medvedev in connection with numerous victims in accident of plane a-321 companies “Kogalymavia” over Sinai.

Turning to the economic agenda, Aquino said the Philippines desire to further strengthen trade and economic cooperation with Russia. According to him, bilateral trade, there is great potential. In this regard, the head of the Republic said that he expects early signing of joint documents and start working Filippino-Russian intergovernmental Commission.