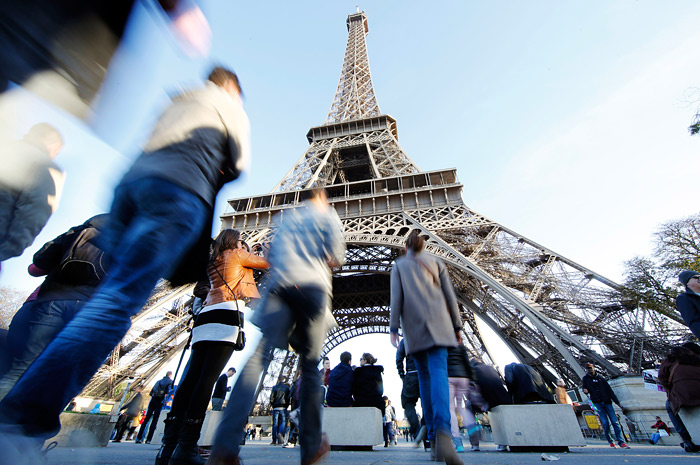 Moscow. November 18. Experts differ in assessing the impact of terrorist attacks on the French economy, according to the results of a Deutsche Welle poll.

France is one of the most attractive countries for tourists. Every year here come more than 80 million people from around the world. Tourism revenues provide 7% of the country’s GDP. On Monday because of concerns that travelers would avoid travel to Paris or even France in General, collapsed stock quotes carrier Air France and a large network of Accor hotels.

“Now, of course, people have a think about whether to go to Paris in the foreseeable future, said an economist from the University of Linz Friedrich Schneider, who study the economic consequences of terrorism. – If there is a temporary reduction of tourist flow, this may mean losses of many hundred million euros”.

Losses in the luxury segment

According to him, this will directly affect the owners of the cafes and concert halls, organizers, entertainment events, etc. “Insurance companies will require increased contributions, because I do not want to bear the risks of previous rates in the city, which is in danger”, – he explained.

It is also possible that because of fears of terrorist attacks, people will spend less money. Schneider believes that this will likely not have an impact on daily purchases, due to lower tourist arrivals on the luxury segment of retailing. “Sales of expensive fashion boutiques in Paris in the first six months after the terrorist attacks probably will be reduced by 20-30%,” he predicts.

Does not share his fears Commerzbank chief economist Joerg Kraemer. He cites the example of the United States, where retail trade was quickly restored the usual volumes after the attacks of 11 September 2001. “Only in September, the turnover was lower than usual. And after three months the situation has stabilized,” he said in an interview with DW.

Terrorism can scare and investors. Swiss economist Bruno Frey has pointed to the works that have studied the impact of the terrorist attacks on direct investments from abroad in Spain and Greece from 1975 to 1991, when both countries, a wave of politically motivated terrorist attacks. The study revealed that foreign direct investment in Spain decreased during the period by 14% and in Greece by 12%.

Terrorism, in the words of Frey, is causing significant damage and foreign trade. Primarily because increasing the measures of security and control. The economist refers to the analysis of trade flows between more than 200 countries in the 1960-1993 period, according to which a doubling in the number of terrorist attacks, “the volume of trade between two countries decreases by 4%”.

However, Kraemer from Commerzbank recalls that the U.S. share in world trade after the terrorist attacks of September 11, “decreased slightly”. “The enhanced security measures after 9/11 have not had a negative impact on international trade”, – he stressed.

However, reinforced police, new security guards and supervisors are expensive. Such additional costs from an economic point of view, a marginal investment. “If these costs go to education or infrastructure, the impact would have been higher,” says Schneider.

Even before the Paris terrorist attacks France has experienced problems with the reduction of the budget deficit and high levels of public debt. “In this connection, the French can’t just increase the number of police officers and secret service on a couple of thousand people, leaving other expenses unchanged, says Schneider. – Probably, we’ll see savings on other articles of the expenditure side of the budget.”

Expectations and ways of overcoming

Earlier the European Commission expected that in the next two years the country will not be able to achieve the requirements of the stability Pact and growth, establishing the maximum size of budget deficit of any country in the EU within 3% of its GDP.

At the same time, if France is even further moved away from this figure, it will not get any warnings from Brussels. “Since terrorist attacks are considered as external shock arising expenses are not counted within the set criteria,” explained Schneider.

Frey in his research came to the conclusion that to defeat terrorism policies should not only rely “only on intimidation through military and police measures”, but primarily to combat “the deeper causes underlying terrorism”.

He warned against the strengthening of state regulation of economy in the fight against terror. “The decentralized structure of production and decision-making in the spirit of the market economy is the best way to limit the economic impacts of terrorism,” he concluded.