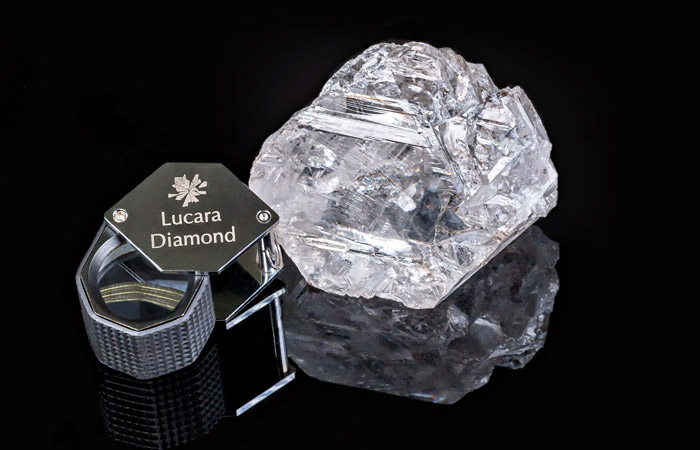 Moscow. November 19. One of the largest diamonds in the world’s history found at the Karowe mine in Botswana, owned by canadian company Lucara Diamond. Transparent gem-quality stone weighing carats 1111 inferior in magnitude only to the legendary Cullinan.

The size of the diamond of type IIa (without admixtures of nitrogen or boron, a favorite type of diamantaires), slightly less than tennis ball. Such findings not already been more than 100 years.

“The significance of the finds the largest in a century with superfluous gem-quality diamonds weighing over 1,000 carats it is difficult to overestimate,” said Lucara CEO William lamb.

“It is almost impossible to estimate the cost of this stone exclusively, given that the estimates are very dependent on color, clarity, cut and polished,” said BMO Capital Markets analyst Edward sterk.

The Cullinan diamond, which weight was 3106 carats was found in South Africa in 1905. Its estimated value is $2 billion, but the stone was never put up for auction. Cullinan was presented to king Edward VII and split into nine large and 96 small diamonds. The biggest of them were inserted into the British crown jewels.

The second largest diamond for a long time was the Excelsior (995,2 carats), which was produced in 1893 on the territory of modern South Africa.

Record this century belongs to the Letseng mine company Gem Diamonds, in Lesotho, where the diamond was found the Promise of Lesotho (Lesotho Promise) at 603 carats.