MOSCOW, November 18. A terrorist attack on Board a Russian airliner A321 equivalent of attacking the state, the right of self-defence will be implemented by all available means. This was stated by Russian foreign Minister Sergei Lavrov. 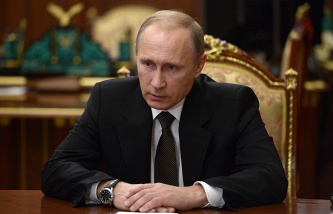 “About our actions: as the President said, they will be based on article 51 of the UN Charter. The article implies the right of any state to individual or collective self-defence in case of attack on him,” he said.

A “terrorist act over the Sinai Peninsula was an attack on Russian citizens, which is equivalent to the attack on the state. Right of self-defence will be implemented by all available means – political and military, and special services, intelligence and so forth,” – said the Minister.

Some of the country’s special services had already responded to the request for help in identifying those responsible for the attack A321, Lavrov said. 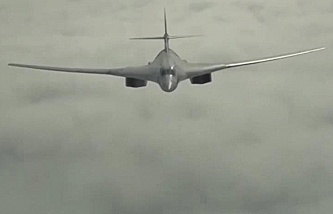 “Yesterday we distributed our official comment by the Department of information and press, which reported that on behalf of the President of Russia, we appealed to all governments with a request to assist in obtaining any information that may lead to finding the perpetrators of the terrorist act and bring them to justice – said Lavrov. – As for the responses, from almost all the capitals yesterday came the words of solidarity – so that the political response has followed.”

“With regard to the specific response in relation to possible evidence, data, information about where could be the individuals involved in this terrorist attack, the response has been partially received special services, this information is not disclosed”, – the Minister added.

The two lists have the same

Proposals of Russia, the USA and other countries relative who be considered terrorists in Syria largely coincide, the final compilation of this list will be in Jordan, Lavrov said. 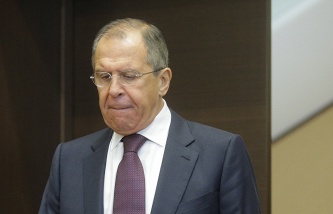 Lavrov: the specification of the list of terrorist groups will continue

“In Vienna reached an agreement implies that the participants “support Group Syria” would send their views about people they consider as terrorist organizations other than ISIS (terrorist group “Islamic state” that were banned in Russia) and “dzhebhat EN-Nusra.” To coordinate this process will be Jordan”.

“Our proposals are handed over to the partners for a long time, got a couple of weeks ago suggestions from our American colleagues and some others, they largely coincide”, – the Minister added.

The Minister indicated that the difficulty in compiling the list is that terrorist groups often change color and try to stand before the international community as a moderate opposition. “I hope that our American colleagues will be able to coordinate this process in order to make a list and walk out with it in the UN security Council, he continued. – The participants of “Group support Syria” there is an understanding that when we come to a common agreement, it is necessary to make the corresponding organization, in addition to the Islamic state and “dzhebhat EN-Nusra”, which already have a common view, in the terrorist list of the UN security Council”.

On the suppression of financing of terrorists

Moscow hopes the General steps for the international community to suppress the financing of terrorist groups, Lavrov said. 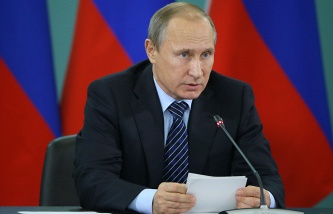 “As for the comment of the President of Russia Vladimir Putin at a press conference in Antalya on sources of financing of terrorist organizations, I think everything has been said, – said Lavrov. – In addition, we have provided photographs from satellites that show an endless stream of oil and petroleum products captured by the terrorist group “Islamic state” territories abroad, where everything is for sale”.

“Through such sales IG largely finances its criminal activities, he continued. – These issues are of serious concern to all of our partners. I think that here we can work together to build a job that will not depend on any momentary geopolitical interests and will allow us all to concentrate on the main task – to stop the encroachments of the IG, undermine its financial and material base and, ultimately, to destroy this terrorist entity”.

The political process in Syria

Russia expects that the political process in Syria will be able to start at the time agreed at the meeting in Vienna, on 1 January 2016, also said Lavrov.

“In the Vienna document hoped that the launch of such a process will take place in the area of 1 January 2016. This is not the ultimate deadline is the estimated date, but expect that it will be able to withstand”, he stressed.

“Because the longer we delay the start of a political process between the Syrian government and the opposition, so much the worse for the Syrian people,” – said the Minister.