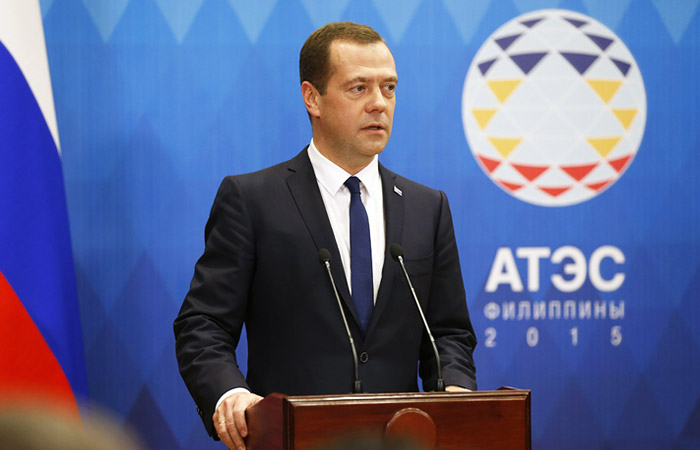 Moscow. November 19. Russia is negotiating with Ukraine on a duty not to have been lifted Western sanctions, but because it’s the closest state, said Prime Minister Dmitry Medvedev.

“So we’re trying to negotiate with them on the issue of the loan, which the Ukrainian government really wanted to get. Sanctions for us – a thing that is absolutely not connected with this loan. Let them define how they act. We have no conditions on this subject not expressed”, he added.

Answering the question about whether to contribute to the restructuring of the Ukrainian debt cancellation of sanctions against Russia, Medvedev said: “we are Not sanctions have been imposed, and a number of Western countries. What they will do, I don’t know. We do not ask and, of course, to ask will not. No this makes no sense”.

A decision on the proposal of Russia to restructure the debt of Ukraine to Russia on Eurobonds worth $3 billion should be taken in the next three weeks. Medvedev also stressed that, offering “very favourable” restructuring Russia awaits the fulfilment of several conditions. “First, it’s time to stop acting regarding the recognition of the sovereign nature of the debt. For honest people it is clear that we are talking about the obligation that arose in the Ukraine as a state, and not some commercial structures. It’s completely understandable, everything else is manipulation,” he said.

Another condition is the provision of the guarantee. “It is obvious that if we do restructure, we must be assured that at some point, we will not send away. Unfortunately, the current economic situation in Ukraine to that much features. The guarantee is to ensure that we will provide for us clear creditworthy state in the form of guarantees. This can be the USA, it can be EU or individual EU member States, or the software that provided a first-class European or another Bank that is perceived as such,” – said Medvedev.

The Russian President Vladimir Putin said Monday that Russia has offered to restructure the debt of Ukraine for three years. However, the implementation of debt restructuring of Ukraine in case of its approval shall be accompanied by the guarantee of the U.S. or the EU, or a major Bank, reported earlier the Ministry of Finance of the Russian Federation.