The CSTO PA is a strong platform in the plane of parliamentary diplomacy that allows new countries to consider their connections in the process of the Organization of collective security Treaty, said the head of the Committee on CIS Affairs Leonid Slutsky. 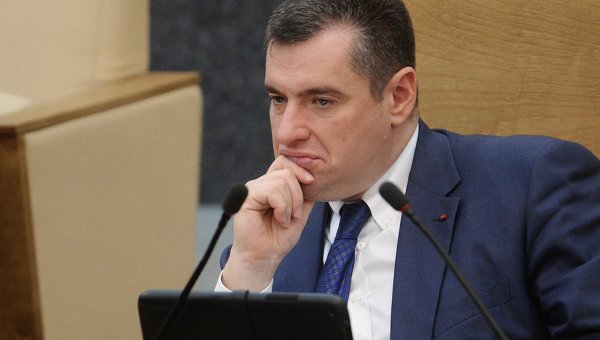 MOSCOW, 18 Nov. The parliamentary Assembly of the CSTO at the session in St. Petersburg in late November will appeal to the parliaments of the world on peer counter the terrorist threat, said on Wednesday the head of the Committee on CIS Affairs Leonid Slutsky.

“In regard to the CSTO PA, it is on its session on 26 November will take an appeal to the parliaments of the world about peer countering the terrorist threat,” said Slutsky reporters after a closed Committee meeting, which was attended by CSTO Secretary General Nikolai Bordyuzha.

Slutsky noted that the CSTO PA is “a very strong platform in the plane of parliamentary diplomacy that allows new countries to consider their connections in the process of the Organization of collective security Treaty”.

“Many of the issues that were discussed (in closed session of the Committee — ed.), not so much a secret, and requiring, on the contrary, international support will be discussed at the upcoming November 26 session of the CSTO PA in St. Petersburg under the chairmanship of its speaker Sergey Evgenyevich Naryshkin,” — said the MP.

According to Slutsky, in St. Petersburg will be attended by delegations of new countries that will be observers in the CSTO PA.

“It (the session of the CSTO PA — ed.) will go about creating a real anti-terrorist coalition on the Eurasian continent. Will be considered experience in integration associations, primarily in the CSTO to create such a coalition, be it formal, it will cover most of or first only those countries of the Eurasian continent, which is already included in integration blocs — the EEU or the SCO is open. We are parliamentarians, we are not heads of state, we have no right to make such decisions. But we don share,” concluded the MP.