MOSCOW, November 18. The President of Russia Vladimir Putin discussed with the leader of LDPR Vladimir Zhirinovsky prospects for the development of roads, agriculture in the Nonchernozem areas and issues of customs control.

At the meeting, the President proposed policy to discuss the proposals of his party in the budget process. 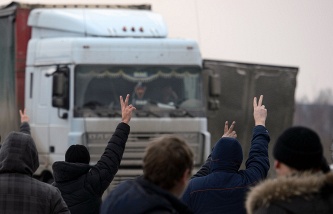 Zhirinovsky has shared his opinion about the necessity to develop in Russia a network of roads at the local level. “Good roads must come in the smallest town in the smallest towns, where the population could stay, but they prefer to move to the nearest big city. Of course, aviation is very important, sea transport, train, car but it’s for all. The train will not come in some little village, and we have there a lot of people lives”, – said Zhirinovsky.

In his words, “not enough “coupling” to the road back there, where there is a small road. “It is also important and is also related to budget, of course. Now the Agency for new construction is almost nothing, mostly repairs and infrastructure”, – said the leader of the LDPR.

The development of agriculture

In addition, it is suggested to pay attention to the development of agriculture in the Nonchernozem areas. 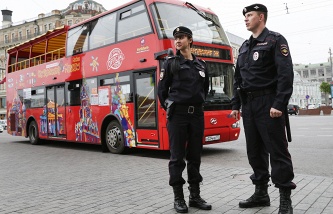 “We are doing the right – the far East territories of priority development, but we also have the black earth, vast arable land, where to develop grain farming, livestock farming,” said the politician, noting that this would require additional funding.

“It’s our biggest resource: oil price may fall, but food is only growing, and demand is increasing. Transport Economics and food are the two leading destinations, but everywhere else it all depends on the road,” he added.

Zhirinovsky also proposed to pay attention to the control over the passage of goods across the border. “The amount of goods that entered the country after being implemented, and it turns out that he was more. That is, when customs marked down the number. The same thing in the opposite direction: gone again fewer, and when realizing there was more”, – the leader of LDPR. He added that this discrepancy can be 20% to 30%.

“A lot of money, hundreds of billions of rubles. Must be accompanied by our goods, so you can see how much he had left and how many came to a foreign product,” – expressed confidence Zhirinovsky.

At the end of the meeting, he also proposed to create a database of jobs for University graduates. “Some (universities) require the allocation, it may be hard to do now because it forcibly two or three years, but at least provide a database that students know that here, where I live, work in your specialty, and 200 km away – there is work”, – shared his opinion of the leader of the LDPR.