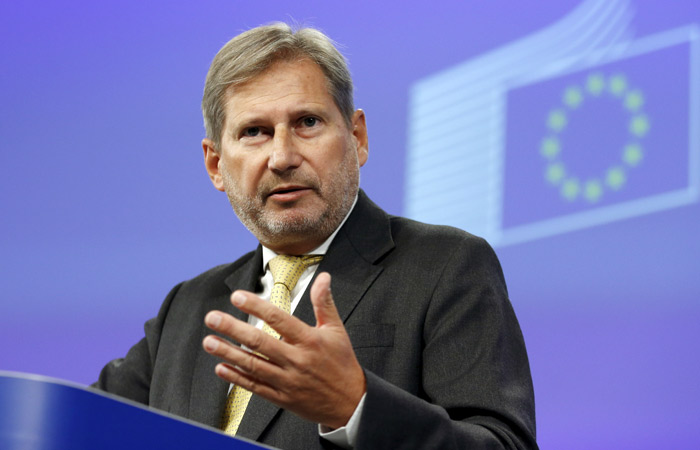 Moscow. November 19. The EU will not compensate Ukraine’s loss of the Russian market after the introduction of a free trade area (FTA) between the Republic and the EU from 1 January 2016, said the European Commissioner for enlargement and European neighbourhood policy Johannes Hahn.

“We, of course, were and are opposed to any actions that impede trade. But we have already provided a lot of money to Ukrainian business is prepared for new export opportunities to new market conditions. We will speak frankly: ever since our agreement on the FTA, it was no secret that after the introduction of the Russian Federation can act in response, whether we like it or not. And had enough time to prepare for this,” he said in an interview with “European truth” (the structure of the portal “Ukrainian truth”).

The implementation of the Association agreement will be a serious challenge for Ukraine, said Khan. “You have to change hundreds, no thousands of normative and regulatory acts! And this is an incredibly important task, but it is a challenge for the state. Important point: the implementation of the agreement is work for many ministries. This means: it is unacceptable that this process was coordinated by one Ministry, it is guaranteed to “fail” this work,” he said.

Khan stressed that although it is a difficult task, it’s worth the effort, because European standards are also international standards. That is, as soon as Ukraine will receive recognition of compliance with European standards, she’ll get tehnichesky willingness to export around the world.

1 December in Brussels should pass through tripartite consultations at the Ministerial level between Russia, the EU and Ukraine on the implementation of the agreement on Association of Ukraine with the EU. If not adopted special legal document that will remove Russian concern in connection with the entry of January 1 of the Association agreement between Ukraine and the EU, Russia early next year will introduce predamage in respect of goods with Ukraine, will also cease to operate the free trade regime between the two countries.

Prime Minister of Ukraine Arseniy Yatsenyuk said earlier that in this case Ukrainian exports to Russia in 2016, according to preliminary data, will be reduced by $600 million.