MOSCOW, November 18. The causes of the current situation of the banks was the consequences of the 1998 default and that the recovery of the banking sector have not been conducted for many years. This opinion was expressed on Wednesday by the head of the Agency for Deposit insurance (DIA), Yury Isaev, the radio station “Vesti FM”.

The banks that are in the Agency’s elimination, there are still problems, set in 1998, said Isayev. 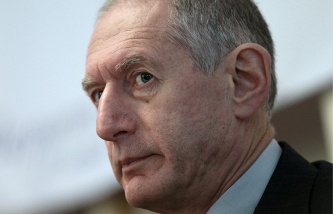 “By itself, the crisis in the banking system happened in 1998. And since then, it’s just consequences. In 1998, many banks, in fact, went bankrupt. Another thing is that they fell apart de jure” – he explained.

According to the head of the DIA, the Central Bank instead of for decades to clean up the sick banks from the system, forced to do this almost in an emergency mode.

“Now, when this reaction exists, those banks who were supposed to die back in 1998-1999, but were artificially preserved, leaving the market”, – he added.

Thus, the situation which is observed today in the banking sector, “it is the consequences of the system, which gave “zombie banks” to live”, summarized the head of Isaev.

The head of Sberbank German Gref said that Russia has large-scale banking crisis. According to him, next year will be no less difficult for the banking system of the Russian Federation. However, did not agree with him the first Chairman of the Central Bank Alexey Simanovsky, who noted that the signs of the banking crisis in Russia is not observed. Moreover, the situation is improving, although slightly.

The Ministry of Finance: no systemic risks in the Russian banking sector is not

The anti-crisis plan, which began to be implemented in late 2014, has 60 measures estimated cost of 2.3 trillion rubles. The document provides allocation of seven key areas for the implementation of measures to combat the crisis. Among them – increasing the stability of the banking system.

In particular, the plan includes such an item as a recapitalization of banks at the expense of funds provided by the DIA through the mechanism of Federal loan bonds, with total funding of 1 trillion rubles.