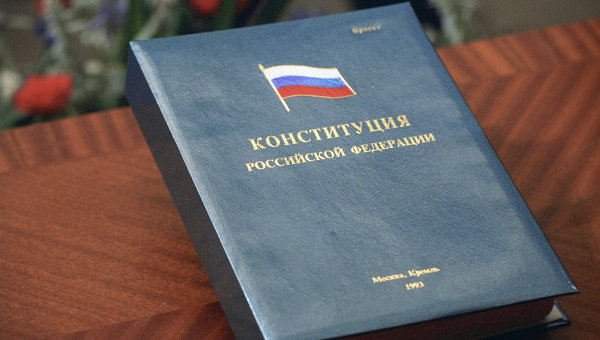 MOSCOW, 18 Nov. The constitutional Committee of the state Duma recommended the lower house of the Russian Parliament to reject the draft law “On the constitutional Assembly”, which allows to change the three chapters of the Basic law.

The authors of the bill are deputies Yevgeny Fyodorov and Anton Romanov. According to the explanatory note, the draft law defines the procedure for making the revisions to chapters 1, 2 and 9 of the Constitution of the Russian Federation, the procedure of convening and functioning of the constitutional Assembly, as well as the procedure of decision-making, including the draft of the new Constitution of the Russian Federation. Under the bill, the decision to convene a constitutional Assembly is made by the President, if the proposed revision of chapters 1, 2 and 9 of the Constitution supported by a three-fifths vote of the total number of Federation Council members and state Duma deputies.

On the development of the bill became known a year ago. The Chairman of the Federation Council Committee on constitutional legislation Andrey Klishas and the head of the same Committee of the state Duma Vladimir Pligin did not support the project, believing it inappropriate. During the meeting on 18 November, the opinion of the Committee remained unchanged, the bill was given a negative opinion.

The bill States that the right of members of a constitutional Assembly to draft a new Constitution is realized by submitting to the President proposals on the drafting of a new Constitution in case of conducting preliminary public hearings on the adoption of the constitutional project in the settlements, municipal areas, city district or intracity territory of cities of Federal importance, whose representative he is.