MANILA, November 18. The RF GDP growth in October was 0.1% with purified seasonality. Such an assessment led by Minister of economic development of Russia Alexei Ulyukayev. 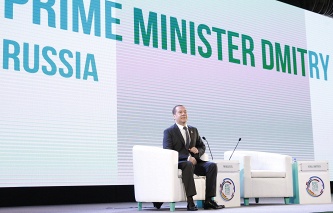 Medvedev: the situation in economy and financial sphere of Russia is rather stable

Ulyukayev added that by the end of 2015 the GDP might be lower, than predicts the Ministry (of 3.9%). “GDP may be a little better, but the situation is very viscous,” said he.

Earlier it was reported that GDP growth in September with seasonality was 0.3%.

The situation in the industry

Ulyukayev also noted that the situation in the Russian industry is currently characterized by stagnation. “All within is near zero. Qualitatively this stagnation, of course,” said he.

As previously reported, the Ministry of economic development has recorded in October a small increase in industrial output over-month seasonally adjusted, while according to Rosstat, the figure was negative and amounted to minus 0.1%.

According to Rosstat, industrial production in Russia in January-October fell by 3.3% in October in annual terms decreased by 3.6%. Compared with September of 2015 the industrial output growth in October was 5.2%.