The bridge on the river Patrol on the way to the border with Finland the city of Svetogorsk was built including the EU funds. 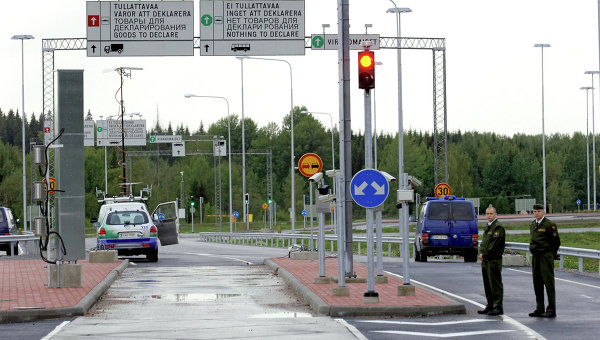 St. PETERSBURG, 20 Nov. The bridge on the way to the border with Finland the city of Svetogorsk across the river Guard built including the EU funds, was opened in the Leningrad region, said the representative of the press service of the regional government.

“Our cross-border cooperation with Finland has more twenty years history. During this time implemented more than 25 projects, including nearing completion are two large projects. One of them is the bridge on the river Patrol, which is now complete, and the reconstruction of the customs border crossing point “Svetogorsk”, which will be completed before the end of the year”, — said at the opening ceremony of the bridge the Governor of Leningrad region Alexander Drozdenko.

He stressed that the opening of the bridge eliminates accident-prone road section, which was connected with the old bridge. “The bridge did not meet the security requirements since its opening in 1973,” said the Governor.

Drozdenko noted that the relations of the region and Finland passed the test of time and admitted that they were very successful for the Leningrad region.

The Director of the Department of regional development of the Ministry of employment and the economy of the Republic of Finland Mystery of Susiluoto stressed that with the opening of the bridge across the river Guard road from St. Petersburg to Helsinki will become faster.

“Russia is a major trading partner of Finland and will remain so despite the fact that the world is now a concern,” she added.

The construction of a new bridge over the river Guard was developed in 2003. In 2006 construction began, but in the process the project had to be finalized because of a particularly difficult hydro-geological conditions in place of the track approaches. Work resumed after in December 2012 the project received approval for financing under the cross border cooperation program European instrument of neighbourhood and partnership instrument “South-East Finland — Russia”.

The amount of project funding from the programme “Southeast Finland — Russia” is 6,08 million euros. The full cost of the planned construction of 7.6 million euros (20% — budget funds of the Leningrad region). Lead partner — the Committee for road facilities of the Leningrad region. The customer of works on reconstruction of bridge over the river Guard acts as the civil code “Lenavtodor”. The General contractor for execution of works is JSC “General construction company”.

The project on reconstruction of the bridge was implemented in the period 2013-2015. The contract is 334,9 million, including grant funds under the program of cross-border cooperation in the amount of 220,5 million rubles.

In 2015 is expected to transfer the final tranche of the grant in the amount of 70 million rubles.

In the framework of cross-border cooperation European instrument of neighbourhood and partnership instrument “South-East Finland-Russia” on the territory of the Leningrad region implemented 25 projects, with total grant funds of 27.5 million euros.