The group of deputies “Fair Russia” indicates that no conditions for the smooth functioning of the system of charging heavy vehicles. 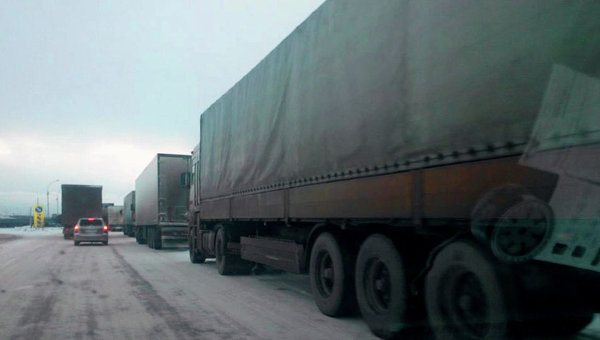 MOSCOW, 19 Nov. The group of deputies “Fair Russia” headed by faction leader Sergei Mironov introduced a bill to suspend until January 1, 2017 to collect fees from trucks weighing over 12 tons of tolls on Federal roads on account of compensation of harm in such tracks.

The toll for damage to Federal roads with trucks weighing more than 12 tons entered from November 15. Originally intended to establish a rate of 3.73 per ruble per kilometer, then the decision was made to phase in higher tariffs. So, until 29 February 2016 the fee 1,53 rubles per kilometer. From 1 March 2016 until the end of 2018, the fee will be us $ 3.06 rubles per kilometer.

The introduction of the tax caused a negative reaction in the professional community of truck drivers. Action against the introduction of tolls for heavy trucks on Federal highways took place in several regions of the Russian Federation.

According to the bill, it is proposed to suspend collection of the fee from the trucks until January 1, 2017.

“The draft Federal law <…> it is proposed to repeal the imposition of administrative fines for violation of requirements of the legislation of the Russian Federation of payment on account of compensation of harm, caused to the automobile roads of Federal value by vehicles, having the resolved maximum weight over 12 tons”, — stated in the explanatory Memorandum.

SRS indicate that there are no conditions for the smooth functioning of the system of charging heavy vehicles.

Earlier, a group of deputies of the LDPR faction in the Duma introduced a bill which carries over to year time of entry into force of the norms regarding tolls for trucks weighing over 12 tons on Federal roads.

In addition, the head of the Duma Committee on transport Evgeny Moskvichev and his first Deputy Vitaly Efimov and Mikhail Bryachak introduced a bill for a significant reduction of the fines for trucks weighing over 12 tonnes who do not pay for travel on Federal roads. Deputies consider that a fine for individual entrepreneurs and legal entities shall be 10 thousand rubles.