MOSCOW, November 19. France’s armed forces can become a bridge linking an international coalition led by the United States and the Russian space forces in fighting were banned in Russia as a terrorist organization “Islamic state” in Syria. This opinion was expressed by head of the Centre for strategic conjuncture Ivan Konovalov.

As previously reported, the chief of the Russian General staff Valery Gerasimov and his French colleague Pierre de Villiers discussed by telephone the coordination of actions of the armed forces of the Russian Federation and France to Syria and carry out instructions of the leaders of the two countries on joint efforts in the fight against terrorism. In addition, the generals exchanged views on the current situation in Syria. 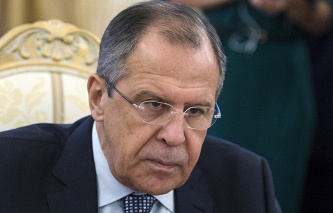 Lavrov hopes that no one will have to wait for new troubles, in order to unite against terrorism

“It is quite clear that they discussed aspects of cooperation in the difficult context of the fact that the French are acting in the framework of the American coalition. The situation is unique, now the French Armed forces become a “bridge” that will help to unite at least technically, two coalitions in the U.S. and Russia, which previously acted separately from each other,” said Konovalov.

According to the expert, after the terrorist attack in Paris, the French public demands strong and immediate action, and their effectiveness can only be achieved in cooperation with Russia. “I think the Americans gave the French government a carte Blanche for France was equal to the U.S. and Russia a party to the conflict”, – said Konovalov.

How to work with allies 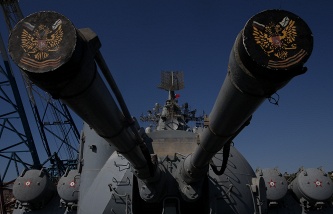 The General noted that the French group in the Mediterranean sea will consist of approximately 40 aircraft. “Today clearly lacks the tactical aviation, which supports the Syrian army, so the interaction between the Russian aviation groups in French will enhance the effectiveness of the strikes on the terrorists’ positions at times,” – said Baluyevsky.

Earlier this week it became known that France after the terrorist attacks in Paris sent to the coast of Syria, the nuclear aircraft carrier “Charles de Gaulle”. Russia November 17, inflicted massive strikes on terrorists, including with attraction of strategic bombers, after reports that the cause of death A321 airliner over Egypt was a terrorist attack.