MOSCOW, November 19. In the Kremlin do not consider it appropriate for the linkage of trade and economic cooperation between the Eurasian economic Union (EEU) and the EU with the implementation of the Minsk agreements on Ukraine.

“This convergence is hardly relevant and it is hardly possible”

“Some kind of linkage with the implementation of the Minsk agreements, especially in the current environment, when we see the unwillingness of Kiev to implement the agreement, especially in the form as agreed at last “Norman format” (Russia, France, Germany, Ukraine) to Paris (in September) – this convergence is hardly relevant and it is hardly possible”, – said the President’s press Secretary Dmitry Peskov, answering the question. 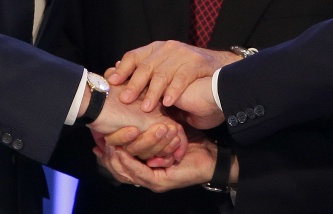 Putin: basic principles of the EEU are equality, pragmatism and mutual respect

The representative of the Kremlin confirmed that Moscow has already received the message of the head of the European Commission Jean-Claude Juncker.

“The message was, but I wouldn’t want to say anything about it, usually we do not do”, – said Peskov.

However, he noted that “the idea of dialogue between the EU and the EEU – old, this is what was proposed by the Russian side”.

Press Secretary of the head of state believes that “it is necessary for building our trade and economic relations”.

A Letter To Juncker 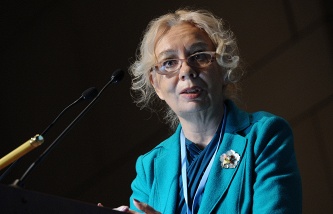 “President Juncker sent a letter to President Putin after their brief conversation on Monday, on the sidelines of the summit G20”, – said the press service. According to the EC representative, “the letter emphasized the willingness of the cadets to consider the possibility of interaction with the Eurasian economic Union in the prescribed manner, in consultation with member countries and with the implementation of the Minsk agreements”.

In mid-October, Deputy foreign Minister Alexei Meshkov, answering a question, said that the EAEU, namely the Chairman of the Commission of the organization Viktor Khristenko, has written to European Commission President Jean-Claude Juncker, the draft agreement on economic cooperation. According to him, this document relates to the integration of the two associations. The relevant proposals were approved at the meeting of the heads of governments of EEU member countries on 8 September.