Information in some media about reductions of 15 thousand people next year is not true, said the head of the Samara region Nikolai Merkushkin. 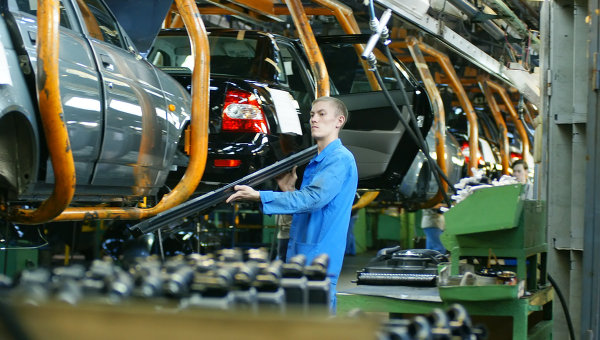 “Mass layoffs at AVTOVAZ is planned. The numbers that have called (about 4 thousand persons — approx. ed.), they fit into the natural movement of people every year, two years ago there went of course on the 8-9 thousand,” he said.

The head of the region noted that the information circulated in the media about reductions of 15 thousand people next year, not true. “But in many respects all will depend on the market next year. It depends, in what amount, what quantity, how many people will work at AVTOVAZ. Maybe there will be a big demand for cars and people out there will gain,” — said Merkushin.

Information about possible cuts at AVTOVAZ appeared in October in the Samara mass-media referring to the Deputy of the state Duma and the Deputy Chairman of the Russian engineering Union Vladimir Gutenev. In an interview with a local television station, the MP said that the company in 2016 can reduce from 2.5 to 6 thousand people. As the Deputy noted, this information was voiced by the head of the plant Bo Andersson. In Togliatti media also appeared a variety of data about possible cuts at AVTOVAZ.

Optimization of staff at AVTOVAZ started in February 2014. During the year, with the auto giant by agreement of the parties was dismissed about 6 thousand people. The main reason for the layoffs — fall of the car market and lower expenses.

In 2015 JSC “AVTOVAZ” announced the continuation of reductions. So, Nokia planned to reduce not more than 1100 people. Furthermore, a program according to which employees may retire with the consent of the parties. Those willing to leave the company in the period from 10 March to 15 April was paid compensation in the amount of four monthly average wages, from 16 April to 15 may in the amount of three. Workers who resigned before the end of November, will be paid for three salary.