A significant portion of these funds are designed for the new Vostochny space centre. About 50 billion rubles will be invested in Baikonur, due to the fact that the rental contract concluded cosmodrome until 2050. 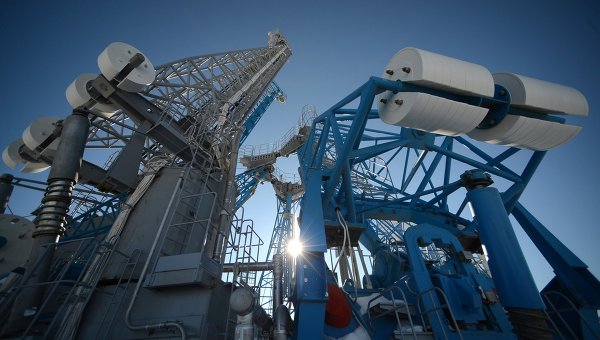 MOSCOW, 20 Nov. About 750 billion rubles by 2025 Russia can invest in the development of the cosmodromes Baikonur, Plesetsk and East, reports the newspaper “Izvestia” with reference to the draft Federal target program (FTP) “Development of Russian space centres for the period 2016-2025 years”.

“The currently considered option the Federal target program “Development of Russian space centres for the period 2016-2025 years” has a budget of about 750 billion rubles. A significant portion of these funds is intended for the new Russian cosmodrome East. About 50 billion rubles will be invested in Baikonur, where the Russian Federation is actively working the rental contract concluded cosmodrome until 2050″, — quotes the edition Early Jurayev, acting General Director of FSUE “Center for exploitation of ground space infrastructure” (TsENKI).

According to her, Kazakhstan needs to maintain the infrastructure that needs updating and repairs. Now completed the reconstruction of the airport Extreme, we will continue to upgrade the security system.

As has informed the newspaper a source in the defense Ministry, in the development of the cosmodrome Plesetsk is planned to invest about 180 billion rubles as part of the ongoing Federal program. Thus, the share of the East account for over 500 billion. It is expected that this money will be built infrastructure such as airport, roads, housing, and social facilities of the city of Tsiolkovsky. It is planned that space infrastructure will be financed not only from the funds of the Federal target program “Development of Russian cosmodromes”, but also from the budget of the Federal space program.

As previously reported, the budget of the PCF for 2016-2025 is planned to be approved on 24 November at the meeting of Russian President Vladimir Putin, the head of Roscosmos Igor Komarov and the Minister of Finance Anton Siluanov, it can be reduced by 300 billion rubles.