Prime Minister of Russia Dmitry Medvedev will take part in the tenth summit of heads of state and government of participating countries of the East Asia summit, which will consider key issues of global and regional politics. 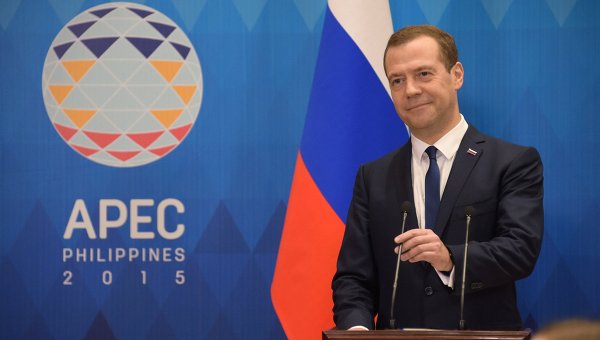 KUALA LUMPUR, 20 Nov. Prime Minister of Russia Dmitry Medvedev has arrived in Kuala Lumpur, where he will participate in the tenth summit of heads of state and government of participating countries of the East Asia summit (EAS).

As expected, the meeting in Kuala Lumpur will address the key problems of global and regional politics. The participants will also exchange opinions on initiatives of the participating countries YOU to regional security, the emphasis is supposed to be made on the theme of countering violent extremism and illegal migration. In addition, it is planned to discuss questions of economic stability and development of free trade zones in the Asia Pacific region.

The Russian Prime Minister will also hold several bilateral meetings, among which, as expected, the conversation with the UN Secretary General.