For capital punishment was voiced by numerous MPs, senators, political and public figures. The death penalty, thinks the representative of the CPRF Sergey Obukhov, became actual not only for Russia but for the whole of Europe. 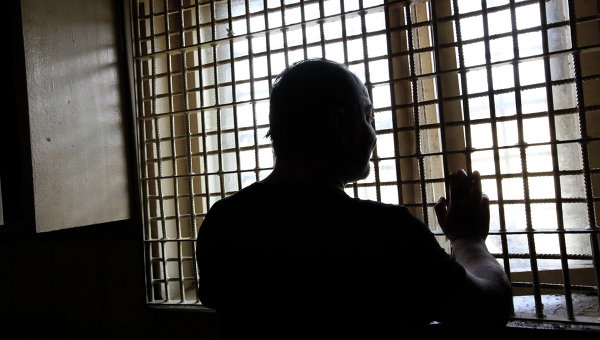 MOSCOW, 20 Nov. State Duma Deputy from the Communist party Sergei Obukhov invited the leadership of the country to initiate at the level of the Council of Europe discussion on the possible lifting of the moratorium on the death penalty, but only against terrorists.

Request, the text of which is available, will be sent to the President, the Russian foreign Ministry and the Russian Ambassador to the Council of Europe.

The moratorium on the death penalty operates in Russia since its accession to the Council of Europe. In 1997 the country signed the Protocol No. 6 to the Convention for the protection of human rights and fundamental freedoms, concerning the abolition of the death penalty. The last such sentence was carried out in 1996.

According to Obukhov, the imposition of the death penalty for terrorists has become important not only for Russia after the deaths of 244 people in the attack on Board flying from aircraft A321 Egypt, or France, where by terrorists in November killed more than 130 people, and for the whole of Europe.

“I beg you, together with colleagues from France and other members of the COE to initiate the Committee of Ministers of the Council of Europe in the process of amending the Protocol No. 6 (concerning the abolition of the death penalty) to the Convention for the protection of human rights and fundamental freedoms of the amendments, stating the permissibility of the use of the highest measure of social protection from terrorist crimes,” says deputies ‘ request.

Obukhov recalled that in recent times the introduction of the death penalty for terrorists voted numerous MPs, senators, political and public figures. The MP noted that the head of Chechnya Ramzan Kadyrov also spoke about the need to return the practice of application of the relevant type of punishment.

“The cruel realities of today are very different from still not lost his hope for a peaceful future 1983 to the Convention for the protection of human rights and fundamental freedoms was adopted Protocol No. 6 (concerning the abolition of the death penalty),” — said the Deputy.

According to him, Europe has no mechanisms to lawfully kill terrorists, but at the end of March.

“If the organizers, accomplices or perpetrators of any of the failed terrorist attack would have the wit to defuse explosive devices and to surrender without resisting, any member of the Council of Europe will be obliged to guarantee them life, to show humanity and at the expense of taxpayers to keep it until I die,” emphasizes Obukhov.