MOSCOW, November 20. Russian oil continues to be in demand, no problems with sales. This was stated by Minister of energy Alexander Novak.

“Our oil demand, we have no problems with oil sales,” he said. 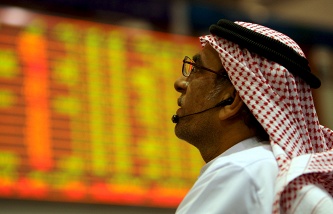 Experts: Russia is not losing market share of oil, despite the dumping of Saudi Arabia

As reported, Poland may sign an unprecedented contract with Saudi Arabia for oil supply, however when it can occur, is unclear. The Polish company PKN Orlen received from Saudi Arabia batch of 100 thousand tons of oil in Gdansk in the beginning of November. This delivery may be the first step to signing long-term agreements with Saudi Arabia.

Earlier the President “Rosneft” Igor Sechin said that Saudi Arabia is “active damping” to the oil price, came out even on the Polish market. Then Minister of energy Alexander Novak has accused Saudi Arabia to “fierce competition” in the markets.

But Poland gets the bulk of the oil from Russia via the Druzhba pipeline. Share in 93-95% of Russian oil imports of Poland is not changed for many years. In 2013, oil imports to Poland amounted to 24.3 million tons, of which 93.5 per cent of the Russian Federation, in 2014 is 23.7 million tons. Poland imported in the first quarter of 2015 about 5.5 million tons of oil.