Kyrgyzstan from the very beginning took such a high rate of integration in the EEU, according to experts, however, on the way of Eurasian integration, the Kyrgyz authorities have to overcome many more problems. 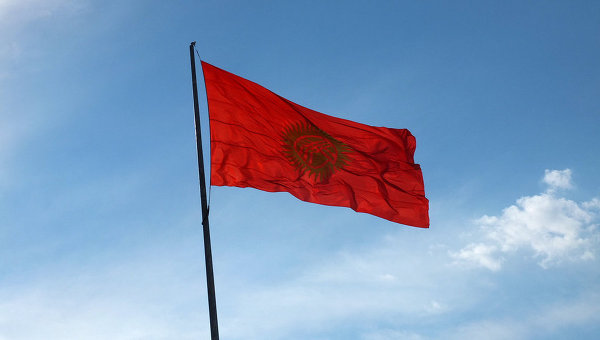 MOSCOW, 19 Nov. 100 days have passed since the accession of Kyrgyzstan to the Eurasian economic Union, a lot of hard work, which is already bearing fruit, but on the way of Eurasian integration Bishkek will have to overcome many problems, according to participants of the video bridge “Moscow-Bishkek”, which was held Wednesday in MIA “Russia today”.

AAAS is an international integration economic Union created on the basis of the Customs Union and the common economic space and functioning from January 1 of the current year. Now members of the EEU are Russia, Armenia, Belarus, Kazakhstan and Kyrgyzstan. Bishkek has joined the Eurasian Union on 12 August.

“Now it’s only been a hundred days (from the date of joining Eurasian economic Union — ed), but have already done a lot, indeed. In particular, was repealed customs and sanitary control, introduced a uniform tariff decided some questions of the labor migration legislation”, — said the Deputy Minister.

According to him, the full positive effect of the accession of Kyrgyzstan to the EEU in Bishkek is expected by 2017. “We expect that the adaptation of business to new conditions will be held for two years”, — said the Deputy Minister, noting that this forecast corresponds to calculations of the Ministry of economy of Kyrgyzstan, and the opinion of international experts.

In turn, Deputy Chairman of the State tax service under the government of Kyrgyzstan Kubanychbek Kumasi noted that after joining EEAS, business, especially focused on the countries of the Association, “have felt a significant relief in terms of administrative and tax burden”.

“Although there are difficulties in mutual trade, risk budget, which we expected did not materialize. Over the past three months there has been a significant growth of revenues of VAT and excise on imports. This is also a positive moment,” he said.

But there are problems

Member of the Board of the Eurasian economic Commission Danil Ibrayev noted that 100 days “on the one hand, it’s a short period, but in this time period, you can determine how profitable the Kyrgyz Republic uses their abilities.” During this time, the EEC took about 200 different acts, he recalled.

“All of these solutions primarily aim to ensure that citizens of all five States, including the Kyrgyz, have experienced the opportunity to expand to a greater degree to develop and to have an opportunity to try to compete on a common platform 180 million market,” he said.

According to him, there are many problems that need to be discussed.

“The problem remains that Kyrgyzstan today has not overcome the recognition of equivalence of systems of veterinary control, also not yet cleared the customs posts on the Kyrgyz — Kazakhstan veterinary control, but today cleared of phytosanitary barriers. That is, Kyrgyzstan is proceeding actively in this direction, but still a lot of problems,” said Ibrayev.

The official also noted that there are issues related to tariff, non-tariff barriers, issues related to taxes, finances, business activities, including the organization of the business of non-residents in a country of the EEU without the obligation to establish a legal person, to pay direct and indirect taxes. There are also problems in the regulation of labour migration, in terms of recognition of diplomas about education, not resolved the issues associated with access to the end customer, the retail network.

“In the evaluation process of accession of Kyrgyzstan to the EEU was assessed risks. Very much we still need to solve it. To say that we have overcome all, still very early,” said Ibrayev.

For its part, Kumasi also agreed that there remain “some problematic issues” but noted that “this is the initial time after joining”.

“This is a problem of growth, but we will solve, I hope, we will create maximum conditions for businesses so that he could develop”, — said the Deputy head of the tax service under the Kyrgyz Cabinet of Ministers.